"Bonnie and Clyde" on the run with Dominican passports 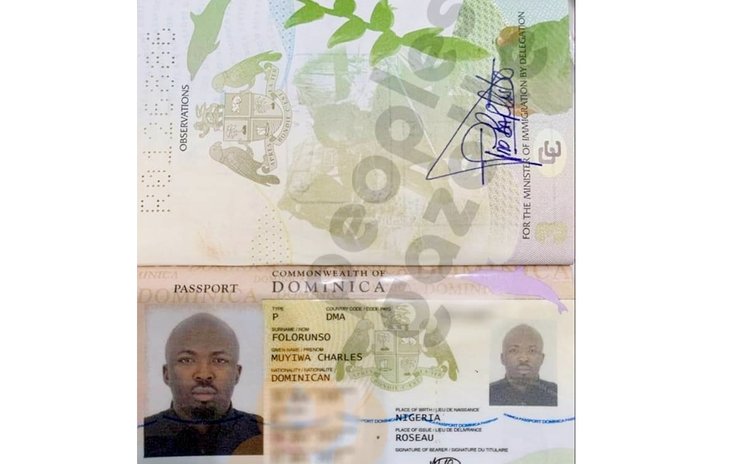 Dominica is once again shoved in the limelight in the international community for allegedly issuing citizenship to two wanted Nigerian fugitives.

The African entrepreneurial couple, Glory 'Osei' Igberaese and Muyiwa Folorunsho, has been declared wanted by International Police (Interpol) over their alleged involvement in a multi-million-dollar investment fraud.

Glory and Muyiwa, who was said to be silently married, are the Chief Executive Officers (CEOs) of Divergent Enterprise, the mother company to Landlagos, Shapeyou, 234logistics, Casual Becky, Porkoyum, Porkmoney, True Rebel and Hyberfactory.

"These funds were however diverted to personal use, including for the purchase of luxury properties and foreign citizenship," several media outlets reported one victim as saying on January 21, 2021, in a petition to federal authorities.

However, claims that they purchased foreign citizenship appear to be accurate as 'The Gazette' -an online media publication- published the data pages of their Dominican passports.

"Dominica, a small island in the eastern Caribbean Sea, has become a haven for fraudsters attempting to escape the arm of the law, offering for sale to the highest bidder diplomatic immunity, one of which Nigeria's former Minister of Petroleum Resources, Diezani Alison-Madueke, was reported to have bought," the article stated.

In 2020, evidence emerged that Mrs. Alison-Madueke, who was on trial for looting billions of dollars from oil revenues, obtained the foreign country's citizenship to secure immunity from prosecution by any law enforcement agency. It exposed that she bought the diplomatic passport with $2.2 million.

She was also appointed as a Trade and Investment Commissioner of Dominica by Prime Minister Roosevelt Skerrit a few days before former President Goodluck Jonathan's administration ended.

The report stated, "In London, she (Diezani) is personally handed a Dominican diplomatic passport by Prime Minister Skerrit; a passport which could shield her from criminal charges. We found documents showing a few days later that a shell company was formed in Delaware, an American state where laws mean the true owners of a company are kept secret."

It noted that "four months later, that shell company buys a New York apartment" for $2.2 million with no mortgage."

The Sun made unsuccessful attempts to get a comment from the Minister of National Security and Chief of Police.

Opposition Leader Lennox Linton has long called for improvements in Dominica's Citizenship by Investment (CBI) programme, which in 2019 was the focus of a CBS 60 Minutes feature.