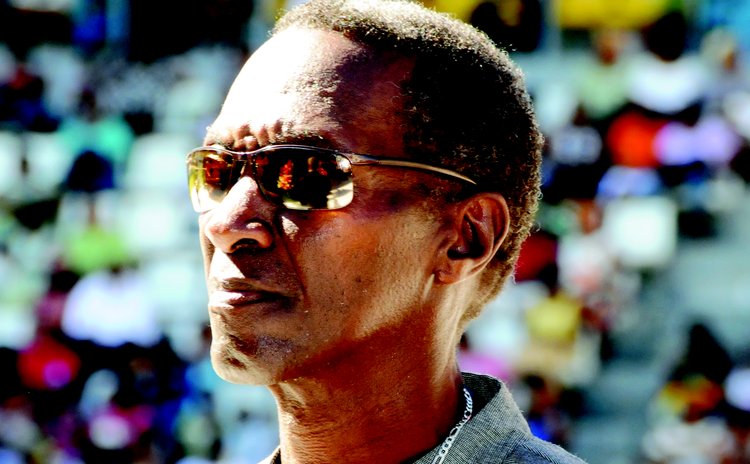 Everybody, listen. There are no more excuses- you have to go to bed instead of listening to Ted because Ted has said goodbye.

After more than 35 years the voice of Ted "The Bosom Buddy" Daley has been silenced on DBS Radio, the national station.

Daley, who retired about five years ago and was placed on a month-to- month contract resigned last week.

He took that decision after DBS's acting general manager, Shermaine Green-Browne, wrote to Daley stating that she was instructed by the board of directors to inform him that his month-to-month assignment with the radio station would end on December 31, 2013 because his services will no longer be required. However, the Sun have been reliably informed that Daley has resigned and will depart for the United States Virgin Islands on December 8, 2013 along with his wife Hefilia.

Asked about the contribution of the Meritorious Service Awardee to nation building, Ossie Lewis, the sports commentator and senior magistrate, who has been associated with Daley from the 1960's, said Ted was "a storehouse of information in sports," and a "great radio personality," as well as a "buddy" to every Dominican.

Lewis said the name Ted Daley is "a household name in Dominica on the radio since he has been around for 35 plus years."

Lewis added that Ted can be described as an "icon in radio" and a sports fanatic.

"He has earned the name "The Bosom Buddy", his music and infectious laughter will surely be missed," Lewis said.

Lewis added: "A great vacuum and void will be left when he departs which won't be easy to fill."

"Ted has left an indelible mark in radio. He also has a great memory and indeed a buddy to everyone in Dominica...he has a great sense of humour and a trade mark laugh. I have never heard of anyone speaking ill of Ted Daley for the years that I have known him," Lewis stated.

Curtis Matthew, the News Editor at DBS radio who has worked with Daley for over 20 years, said: "He is a great guy, wonderful and has left his mark in radio."

Daley hosted many radio music shows over the years including Drive Time, Saturday Night Party including his own show, The Ted Daily Show.

And who will ever forget the Monday night Sports Interaction between "Terror Ted" and "the Wizard of Ors", that is Ossie Lewis.

But many will remember his promotional jingle featuring a child's voice saying: "I don't want to go to bed. I want to listen to Ted instead."