Boyhood days and the Touloulous of French Guiana 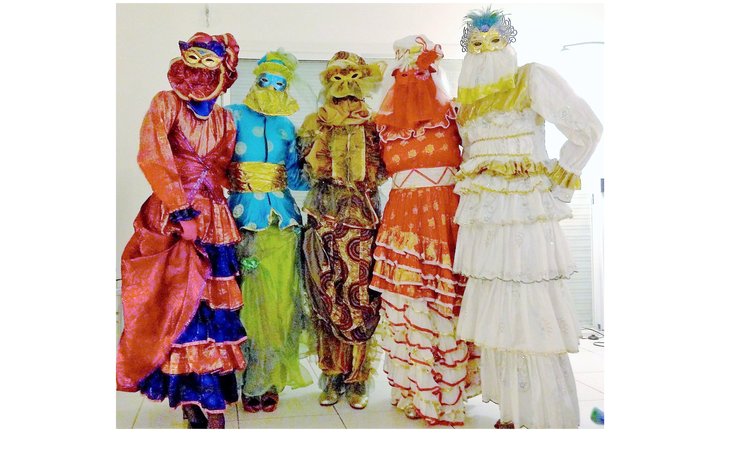 As a kid growing up in the Pleasance section of La Plaine, one of my fondest memories was the many trips on foot to the Laronde River accompanying my older sisters to do the family's laundry. Laundry on the banks of the river was an all-day affair and it gave me and my friends a chance to swim and fish in the river and sea. Our fishing bate was mostly 'Touloulous' (very small crabs) which we gathered on the hillside overlooking the Laronde bay and River.

We would surf the big waves with 'Bwa Flow" which is a dry log that we picked up along the shoreline as surfboards. Sometimes the gigantic, fast, angry, and furious waves would 'negotiate 'us. Many decades later I still marvel at the fact that none of us suffered broken necks, legs, or serious head injuries.

I still have nightmares about swimming far away from the shoreline until we saw the La Plaine Catholic Church's steeple. Those of us who made it deep in the rough and unforgiving ocean gave us the right to brag and boast in the schoolyard. Where were the mighty Atlantic's viscous open currents aided by the eastern winds to devour any one or all of us?

After we were exhausted we would either fish crayfish, 'Taytar' and Loche' some more in the river with our homemade fishing guns. Others would head to the mouth of the river to fish 'Morweng' with their catgut lines fishing poles. Whatever we caught most times we would cook it along with roasted breadfruits, plantains, and yams on the shore. We would stick around to help push fishing boats from the impending waves ashore as they came into the unsheltered and rocky Laronde bay where they docked.

Those memories of gathering Toloulous are etched in my mind and it seemed like it was yesterday I was on that hillside. The word Toloulous came up recently while reading an article about the various diverse ethnic groups and the colorful culture of French Guiana. My intrigue grew further reading about its carnival period which starts in January and ending in March making which is the longest in the world. Also in my astonishment, I stumbled upon the important Toloulous ladies of the carnival festival. Of course, at that moment it took me back to the nostalgic, happy, and fun-filled days in Laronde gathering these small crustaceans ('Toloulous') on the hillside with my 'boyz'.

Also, I kept on reading more about this South American Overseas 'département' of France because my cousin, Jean Pierre Allan did his compulsory military service (draft) there as a

So who are the Touloulous of French Guiana? They are Carnival Queens in Cayenne and in other towns. These are ladies who dress elegantly and flamboyantly in brightly colored outfits from head to toe without an inch of skin showing during the Carnival season. They wear a petticoat, a balaclava, a Domino mask, and long gloves. In order not to be recognized, women go so far as to put colored lenses, wigs and camouflage their voices.

The typical figure of Touloulous Carnival Queen is a past depiction and (may be present) of French Guiana colonial class culture, high society and the privileged landed gentry. Queens represents the elegant, well-heeled, and classy bourgeois women of the 18 and 19th centuries in that country. During Carnival, they parade in the streets and participate in masked balls so they become unrecognizable.

In the nightclubs, and during the Touloulous balls, the queens choose their male dance partners who are not allowed to say no. The men must dance with any Touloulou who asks them. The men are required to and offer the queens drinks, which they drink through a straw while keeping their masks on to remain anonymous.