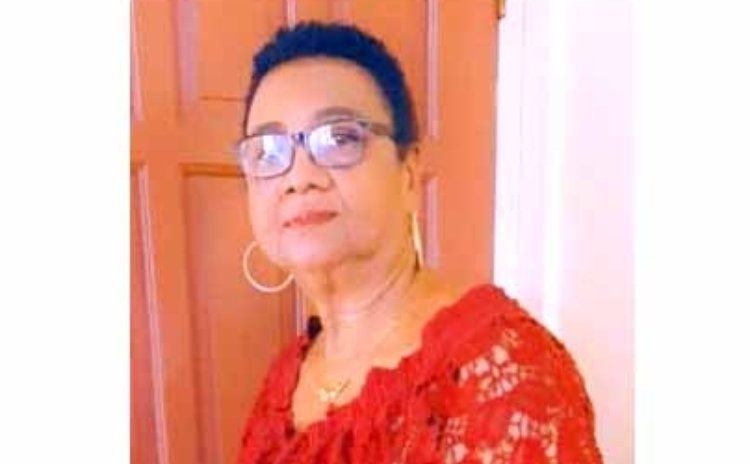 Part I of the article presented on Alice's entry into basketball as well as her scoring prowess. The article concludes below.

Alice's Teams & Their Championships: During her career, Alice played in the national basketball league with four women's teams. She debuted with Pioneers, next Saints, followed by Radials, and finally Jazz. In some seasons there was no Women's Division, and accordingly, Alice's team would play against "the boys" in Division II or Division III in those particular seasons. She performed two stints with Pioneers and wore Jazz's uniform from 1995 through 1998, then 2003.

During her career, she also captained Pioneers and Radials.

Her Glittering Silverware: In Alice's almost 15 years of involvement in competitive basketball and playing with four teams, she built up a small collection of awards to show for her efforts. Her items of silverware are for:

Interestingly, although Ms Jno. Jules copped the Most Valuable Player Award in the Women's Division in 1983 while with Pioneers, the League championship was won by another team that year.

Representing Her Team: Alice never got to represent Dominica in basketball because there was no national women's team during her day. But she recalls that there was an attempt at forming a women's national team in the mid-1980s, but that never came to fruition. However, an All-Star Team was named that year of which she was a member.

Come 1986, she represented Radials in a 'friendly' against Pace Setters of Montserrat at the Windsor Park, scoring 10 Pts in Radials' 43-37 triumph.

The team that she enjoyed playing against the most was Pros Jr. (Men's) team from Grand Bay. Her reason for liking to compete against that team: "They were a very tough team, and I had to use every trick that I was taught to score against them. My team was beaten, but I learnt a lot from them."

And in terms of the Dominican basketballer who Alice looked up to, Wilmoth "Willie" LeBlanc got the nod. "It was a pleasure to sit and look at his style and execution. He never looked flustered. Always composed, always found the opening for an easy shot," she reminisced. And in the case of overseas players whose style of play she admired Michael Jordan of the NBA's Chicago Bulls was her favourite player; she just loved the flare that Jordan brought to the game.

Basketball Helped Her Netball: Alice admits that basketball enhanced her game as a netballer. She was able to fake a number of netballers and enjoyed every moment. And she further admits that although she was not an accurate shooter, she was able to draw the defenders away from the main shooter so that she could score a basket without the defenders.

Alice actively participated in the sport of netball as a player and official from 1970 through 2015. She enjoys coaching and umpiring and loves traveling and meeting people.

And although Alice was never involved in basketball administration she served as a statistician in some of the OECS Basketball Championships which were staged here in Dominica.

Remarks: Alice Jno. Jules, now a grandmother of three (two girls, one boy) has long retired from basketball, from her job as a Sports Officer and from competitive netball.

In 2014, however, she was recognized by the Caribbean Netball Association for her involvement in Caribbean netball 'as a Player, Umpire, Coach, Manager and Administrator' and in 2021, locally she was still involved in non-competitive aspects of that sport.

Alice would like to extend a big THANK YOU to her former basketball coaches - Alphonso Etienne, Augustus Harris, Lennox Jervier, Wilmoth LeBlanc and Edgar Robinson; her former netball coaches - Alma Cools-Lartigue (deceased), Reginald St. Havis Shillingford and Dorothy Didier-Charles; and all those who assisted in shaping her to become the player that she turned out to be in basketball and netball.

Jump Ball wishes Alice well in her current endeavours and also wishes her an enjoyable retirement.