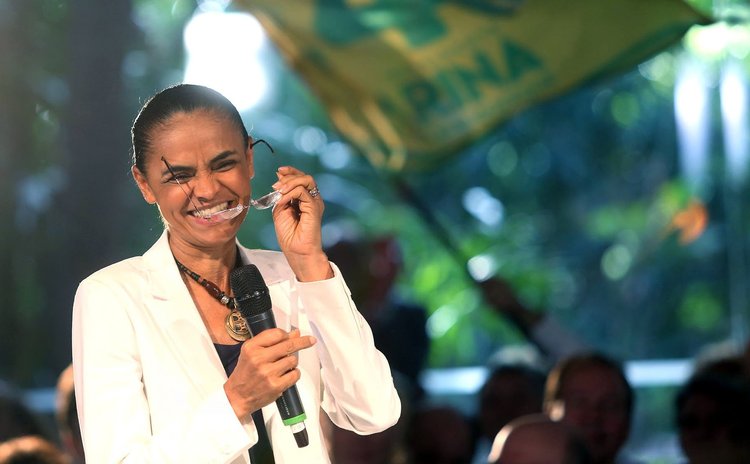 RIO DE JANEIRO, Oct. 3 (Xinhua/Sun) -- Brazil will hold general elections on Sunday to choose a new president, state governors, federal and state representatives and one third of the senators.

Dilma Rousseff, the first female Brazilian president elected four years ago is leading in opinion polls, while another female politician, former environment minister Marina Silva, is a strong challenger to her.

As none of the three front-runner candidates is likely to garner more than 50 percent of the votes, a run-off is expected to be held on Oct. 26.

Silva, presidential candidate of the Brazilian Socialist Party, joined the race in the middle, starting as the running mate of Eduardo Campos, who died in a plane crash in August. From a distant third place, Silva rose quickly and surpassed to Aecio Neves of the Brazilian Social Democracy Party to a runner-up and is quite likely to proceed to the second round.

However, Silva has to make sure that Neves will not steal her spot in the last minute. Neves started the campaign in the second place, but was surpassed by Silva in August.

According to the latest polls released Thursday evening, he is technically tied with Silva and has a chance to enter the run-off.

In Sao Paulo, the most populated state in the country, incumbent Geraldo Alckmin takes the lead, trying for the fourth term as governor. He may win in the first round of elections, as polls show he has nearly 50 percent of support.

In the state of Rio de Janeiro, incumbent Luiz Fernando Pezao has the lead. Runner-up Anthony Garotinho, a former Rio governor, and third-ranked Senator Marcelo Crivella are fighting to face him in the second round.

Campaigning on radio and television ended Thursday evening, but candidates are allowed to campaign in the streets, with no big rallies, until Saturday.

As Brazil has electronic ballots all over the country, the results of the first round of elections are expected to be known Sunday evening.