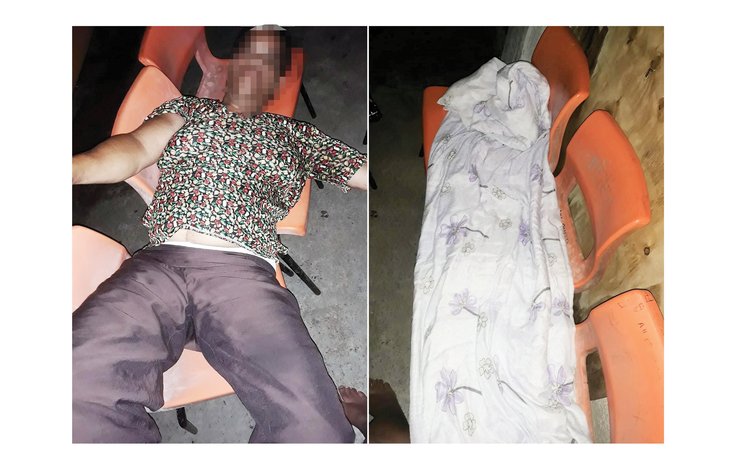 At Grandbay shelter, sleeping on chairs

The sigh of relief could be heard from Capuchin to Scotts Head. The impact of the exhalation was felt from Vielle Case to the financial centre. The praises and thanks rang up to the heavens like the sounds of well-rehearsed choirs of angel. The prayers had been heard, and answered, and Dominica was spared a hit as Hurricane Beryl withered and died even before she got to us.

"Our hope and our prayer is that we will get a little rain, it will dampen the soil and nothing will happen," prime minister Roosevelt Skerrit had said in a briefing on Sunday morning as a country still in severe pain from the deep would inflicted last year by Hurricane Maria, prepared for a storm it was not fully equipped to handle. Not now. Not when the scars were still this raw, with many a home still not repaired, with infrastructure frayed and Skerrit's dream of a fully climate resistant state yet to get off the ground.

In the end, "we didn't get much rain, at least not in town," one resident observed in giving thanks that Beryl had been no more than an inconvenience. And with the exception of a few areas in the north, electricity held up quite well, according to Adina Bellot-Valentine, the spokesperson for DOMLEC.

"We're thankful that the DOMLEC system held up quite nicely apart from an outage in the north early in the evening, and that was caused by thunderstorms and heavy lighting surges and a lot of rain in the north," Bellot-Valentine said on the state controlled DBS Radio.

By 6 a.m. on Monday, 9 July a state of emergency, along with a curfew, declared on Sunday had been lifted and life was back to what has become normal in the post-Maria age.

"After consultation with the chief of police, the state of emergency and the curfew imposed for the safety and security of all citizens and property are lifted effective 6am on Monday, July 9," cabinet secretary Steve Ferrol said in an announcement.

With the danger gone, and the sun out, the prime minister took to the privately run Kairi FM to sing the praises of everyone involved in helping the country prepare – those who operated "at the grass level and the National Emergency Planning Organisation level and all of the state actors and the NGOs which played their part in putting all systems in place".

"The majority of Dominicans are satisfied that the National Emergency Planning Organisation did put in place a robust system to protect ourselves," he said.

And while Beryl petered out into a whimper, Skerrit warned that the country should never take a tropical storm for granted, particularly after Erika in 2015 took some 30 lives and wiped out 90 per cent of the total value of the country's goods and services.

"We have to take every approaching storm seriously," he told the Kairi listeners.

In preparation for the arrival of the storm, the police office were in the capital putting up barricades to control the flow of traffic - both vehicular and human – and to discourage any looting should the worst have happened. However, this was ridiculed by one law enforcement official, who described it as stupid.

"If a hurricane had come, what would have happened? You are willing to have these things become missiles?" the official asked.

The prime minister had also appealed to those in areas prone to flooding to seek shelter, and people took his advice.

However, at the Pierre Charles Secondary School people complained of having to bring chairs together to rest their heads.

"People were in shelters, and they had to sleep on chairs," one person observed.

During Sunday's briefing, the prime minister spent quite some time talking about the Messiah and his impact on people, while stressing that "we now have to answer to him as to whether we go to heaven or we go to hell".

By Monday morning, he and all of Dominica were thanking the highest heavens that Beryl did not put the country through hell.