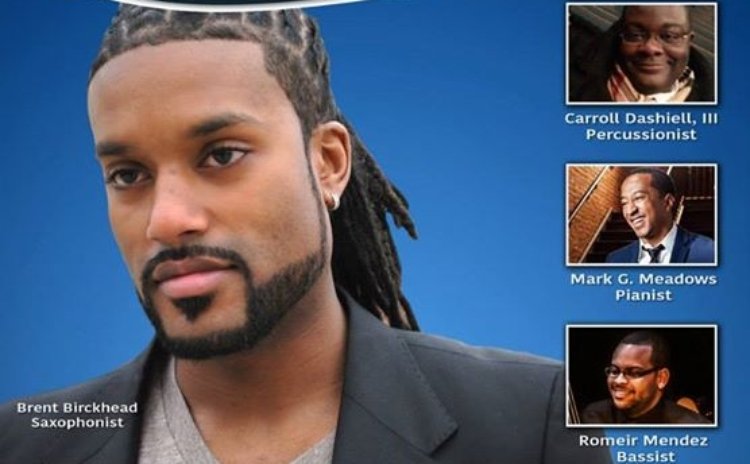 The Brent Birckhead Quartet,from poster advert of the event

Dominica's turn is on Monday 27 April at 7.00 pm at the Arawak House of Culture.

The leader of the quartet is accomplished American saxophonist Brent Birckhead, and he will be accompanied by jazz pianist, Michael King; percussionist, Carroll Dashiell, III; and bassist, Romeir Mendez. These gifted musicians will perform progressive interpretations of works of American jazz that will leave audiences with a greater appreciation for this genre of music.

The U.S. Embassy says it is hosting this series of public concerts to underscore the excellence and diversity of American music, as well as to highlight Jazz Appreciation Month. Initiated by the Smithsonian's National Museum of American History, Jazz Appreciation Month helps highlight the timeless legacy of American jazz singers, composers, and musicians. The Brent Birckhead Quartet's performance will showcase how celebrated American composers have significantly shaped and influenced jazz. This concert series will appeal to a wide audience, specifically jazz enthusiasts, established and emerging musicians, and music students.

The U.S. Embassy says it remains committed to facilitating cultural exchange and promoting music as an educational tool and will continue its support of the arts in Barbados and the Eastern Caribbean through dynamic cultural initiatives and programming.