JumpBall No. 84. By Arlington James 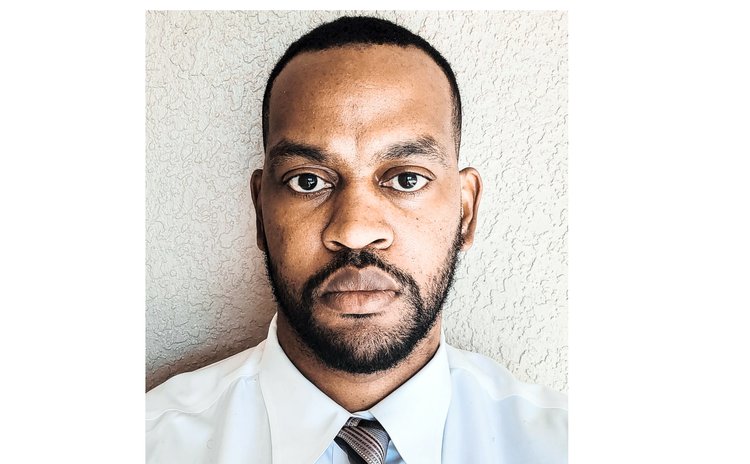 Few persons in Dominica carry or have carried the surname ZAMORE, and have been associated with basketball.

First, there was McFord who was best known as a star cricketer, but who was also one of the pioneers of Dominica's basketball league. He captained Atoms for four years (1967-1970) and also played on the first Dominica State Basketball team (1967, 1968).

At about the same time, McFord's cousin McSutton played in the "national" league, initially with St. Mary's Academy then with Atoms.

The next Zamore to score in the DABA league was Donald, a.k.a. "Ti Boy". He debuted in 1989 playing in Division II with Cavaliers; that year he placed 3rd in the Free-Throw Shooting Contest which formed part of the Season Opener. The following year he was a regular top-scorer for Cavs who had modified their name.

Come 1990, basketball fans saw Donald going up to Division I "to meet the big guns", and playing with Killer Bees which co-represented Dominica in the 1991 OECS Champion-of-Champions Tournament; Ti-Boy was the Bees' 4th highest aggregate scorer in that tourney with 48 points. Donald continued with Killer Bees in 1992, played with Trumps in the DABA League in 1994, and with Jam Down in the Roseau Improvement Committee's (RIC) 2nd League in 1994.

Next, in jumped Brian Zamore, the nephew of McFord and a relative of McSutton and Donald. He first appeared on the scene in the late 1990s, and this 6' 8" forward who turns 30 years old this year, has had an interesting basketball journey thus far.

Brian first played in the national league with Cardinals Jr., in the 2nd Level Men's Division in 1998. The following year (1999) he played with Dominica Grammar School in the Sports Division-organised Secondary Schools Basketball League. That year he represented Dominica in the basketball segment of the Windward Islands "Inter-Schools" Games which were staged here and scored only 6 points in the two games that he played.

The dawn of the new Millennium (2000) saw Brian playing with Clifton Dupigny Community College in the Schools League, and that year he and a couple of other players were able to secure athletic scholarships to play at US high schools, thanks to American basketball coach Rolando De la Berrera who had visited Dominica earlier that year.

Zamore began his basketball odyssey in the USA when he got recruited to a Florida high school through links created by Adenauer 'Washway' Douglas who trained him when he was in Dominica. While at the high school gym he was spotted by Florida A & M University Rattlers coach Mike Gillespie, who offered him a scholarship.

Brian explained that while his basketball skills were not as good as many of the Rattlers players, his energy made him stand out. He went on to say that Coach Gillispie just liked the fact that he would run the court, that he would hustle, and wouldn't just stop and shake his head if he had a bad play, and that he would continue running… (Excerpted and modified slightly from an article titled, 'Zamore Eyes Better Season' that appeared in the 20th August 2004 edition of The Chronicle.

From 2019, Brian, who had been coached under Adenauer Douglas' programme teamed up with Coach Washway with whom he began collaborating to continue the programme. To date, three young players have benefitted from that Douglas-Zamore collaboration dubbed Youth Student-Athlete (YSA) Development.

Currently, one of the programme's beneficiaries, Malik Laurent, attends school and plays with Lakewood Christian School McAlester Lions in Oklahoma, while Jonathan Mills plays with Florida National University Conquistadores. Also, beginning later this year (2021) 6' 3" tall Verde Fontaine of Grand Bay will be attending the Baton Rouge Community College in Louisiana on an athletic scholarship, and playing with the college's Bears female basketball team.

So, that's the man Brian Zamore who, while he did not play many seasons in the national league is assisting in the development of young basketball talent. Who knows? Some of those youngsters currently under his tutelage may one day end up playing professional basketball.

Jump Ball wishes Brian all the best in his endeavors.