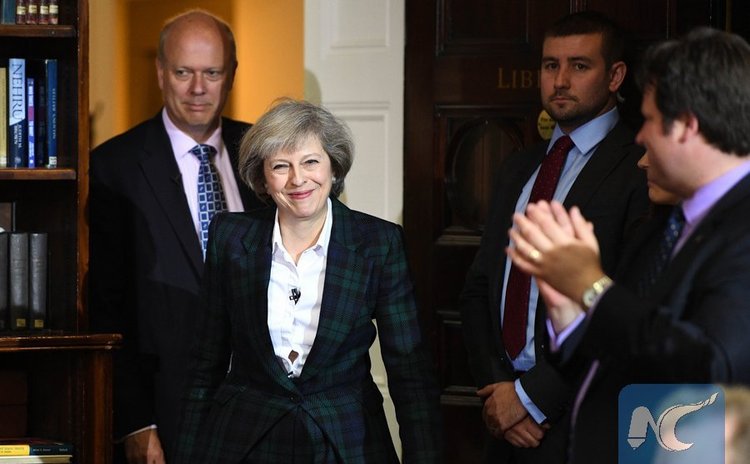 After the second MPs' ballot, Theresa May finished with 199 votes, Andrea Leadsom, 84, and Michael Gove, 46.

Conservative members will now decide on the winning candidate, with the result due on Sept. 9. The winner will become the second woman prime minister in Britain after Margaret Thatcher.

Speaking after the results were announced, May promised "strong, proved leadership" to negotiate Britain's departure from the EU, and to "make Britain a country that works not for a privileged few, but for every one of us."

She said: "I am delighted to have won so much support from my colleagues. This vote shows that the Conservative Party can come together, and under my leadership it will."

The leadership contest was triggered by Prime Minister David Cameron's decision to resign following his Remain campaign's defeat in the June 23 referendum on whether or not to leave the European Union.

The contest now moves to its final stage with the Conservative Party's 150,000-strong membership to decide between May and Leadsom.