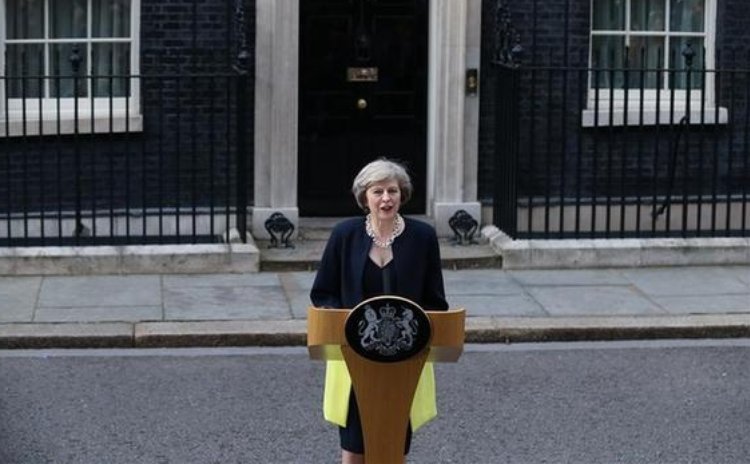 LONDON, April 18 (Xinhua) -- British Prime Minister Theresa May called a snap general election on June 8 in what was a shock and unexpected announcement from outside 10 Downing Street.

She cited disharmony and divisions in the Houses of Parliament over Brexit as the reason for calling an election.

May spoke of opposition parties, particularly Labour and the Liberal Democrats, threatening to block the Brexit process.

"The country is coming together, Westminster is not," said May in her statement.

May said the only way to guarantee certainty and stability for the years ahead is to "hold this election and seek your support for the decisions I must take."

"In recent weeks Labour have threatened to vote against the final agreement we reach with the European Union.

"The Liberal Democrats said they want to grind the business of government to a standstill.

"The Scottish National Party say they will vote against the legislation that formally repeals Britain's membership of the European Union.

"And un-elected members of the House of Lords have vowed to fight us every step of the way.

"If we do not hold a general election now, their political game playing will continue."

"Division in Westminster will risk our ability to make a success of Brexit," said May.

May concluded her statement saying it was with reluctance that she reached her decision, adding: "It is with strong conviction that I believe it is necessary to secure a strong and stable leadership this country needs."

May will go to the House of Commons Tuesday to lay down the necessary legislation for the calling of an early general election.

Under existing law, an election was not due until May 2020, and until today May has insisted she will not call an early election. The move will require a vote with a two-thirds majority of MPs supporting the measure.

She said her cabinet members had agreed with her decision at a meeting she chaired at Number 10 immediately before her announcement.

Although among British people, May has a high rating as prime minister, she only has a small majority in the House of Commons.

Political observers say May wants to settle once and for all the question of Brexit by going to the country. Her hope is that the voters of Britain will give her a much bigger mandate by increasing her majority in the House of Commons as she holds Brexit negotiations with the European Union.

Even seasoned political commentators were taken by surprise at the announcement which came completely out of the blue.

The main opposition Labour Party is still in a state of civil war under its leader Jeremy Corbyn who remains estranged from many of his own MPs.

Corbyn and the leader of the minority Liberal Democrats Tim Farron both welcomed May's decision to call a general election. Both said they will back the measure in the House of Commons on Tuesday.