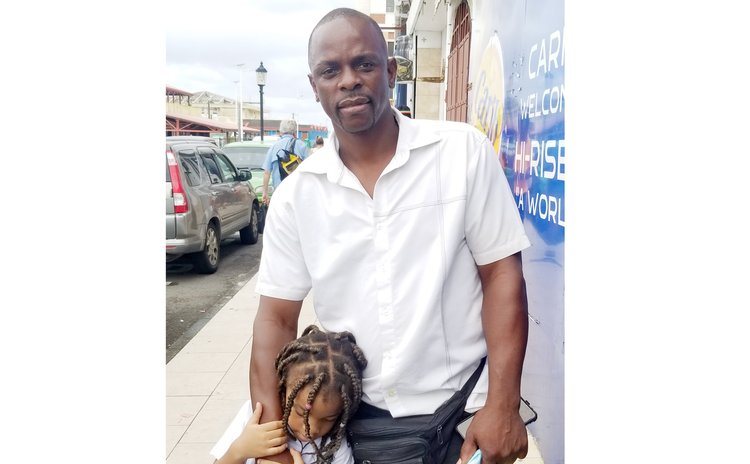 Bus driver, Esrome "Hessy" George, has entered a not guilty plea to four charges brought against him by the police and says, at the end of the trial carded for September 2021, he will be victorious.

George appeared before Magistrate Michael Laudat on July 30, 2021, where the charges read that on April 12, 2021, at Canefield he did assault, beat, obstruct justice, and resisted the arrested of Malcolm Williams, a member of the Commonwealth of Dominica Police Force (CDPF) while in the execution of his duty.

The alleged incident occurred during a protest action staged by several bus drivers mainly from the west coast who embarked on a "go-slow" protest action moving at 1 km/h which resulted in a traffic jam stretching in a northerly direction all the way to Jimmit.

During the protest, George said he was the victim of police brutality and he intends to file a lawsuit against the officers. However, three months later the charges were laid against him.

At the hearing, Police Prosecutor, Inspector Davidson Cadette informed the court that the prosecution had over five police witnesses in the case and asked the Magistrate to admonish George from having any interference with the witnesses based on an incident that had occurred.

However, George's attorney, Kayla Jean Jacques told the court, based on discussions with her client, he was the one being harassed by one of the officers.

Magistrate Laudat then advised George that an official report should be filed if he feels harassed by the officer but stated that despite their differences the officer was acting within the ambit of the law when instructions are given to him.

The matter was adjourned to September 20, 2021, for the commencement of the trial.

Speaking to The Sun following the hearing, George, who had appealed to the public who "don't support police brutality to dress in white and show up in large numbers at the court," said he was satisfied with the level of support shown by his fellow bus drivers and others.

"Today I just want to thank everyone who showed up. Them being there means that they are not in favour of what happened to me and they are hoping that this thing where police brutalize people will stop," he stated.

As it relates to the case George insisted "the police have no evidence against me. They know what they did to me was wrong so they are trying to cover up by bringing me to court but I will continue to fight for my justice."

He further pleaded to the public to provide financial support to him for his legal fees as he says, a lawsuit will soon be filed in the High Court against the officers.