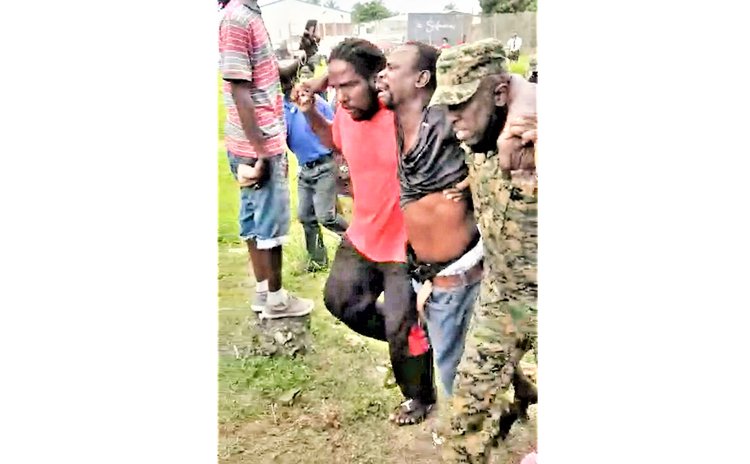 Local Bouyon artist Reo said it best "bus drivers run things in the country," and based on their recent action and the swift response from the Government the following day, this statement proved to be true.

Just after one day of protest action on April 12, 2021, and with threats of the continuation of such action if their demands were not met, several bus drivers have confirmed to the Sun that they had reached an agreement with the Government of Dominica.

The evening before the protest, Prime Minister Roosevelt Skerrit had cautioned the bus drivers that if they proceeded with the protest all negotiations would be off the table.

When the bus drivers who were hoping for a stimulus package because of the ongoing COVID-19 pandemic and the recent rise in the price of fuel, ignored Skerrit's warning and gathered in Massacre and embarked on a "go-slow" protest action moving at about 1 km/h which resulted in a backup of traffic for many hours, Skerrit then said it was unjustified and politically motivated.

"While we are committed to assisting them, people must not believe they can go and do these things and I will run and tell [them] come look a cheque. That's not how I operate; they should use a different strategy. Not because you see this happening in other countries, you can believe it will happen here, not under the leadership of Roosevelt Skerrit", Skerrit announced Tuesday morning.

However, that afternoon, after meeting with a five-man delegation, a few members confirmed to our newsroom that the PM has agreed to give them a stimulus package as well as easier access to the loans at the Agricultural Industrial and Development (AID) Bank which was one of their initial concerns.

From Friday last week, bus drivers began receiving a one-time stimulus package of between $4000 and $6000 EC dollars from the Dominica Social Security.

Speaking on his weekly programme this past Sunday night, Skerrit confirmed the statement to be true but remained tight-lipped on the amount the government would be paying.

He further announced that other persons in the tourism industry who were the hardest hit by the pandemic will also benefit from this support which the Government will outline soon.

When questioned on the change of heart given his initial position on the protest action, he responded: "Because I'm a very nice guy. I invoke biblical scripture, Father forgive them for they know not what they were doing. I think they were ill-advised, some of them were taken advantage of by political operatives."