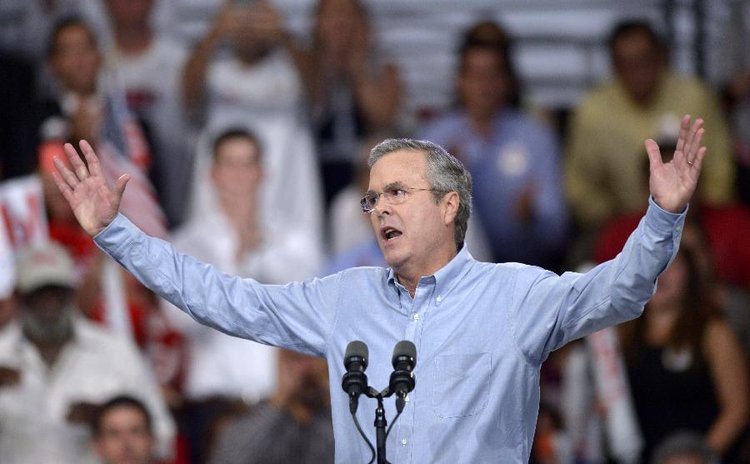 WASHINGTON, Feb. 20 (Xinhua) -- Former Florida Governor Jeb Bush on Saturday withdrew from his race for the White House after he lost the South Carolina primary.

"The people of Iowa and New Hampshire and South Carolina have spoken, and I really respect their decision," said Bush to supporters after a disappointing finish in South Carolina on Saturday night. "So tonight I'm suspending my campaign."

"I'm proud of the campaign we've run to unify our country and to advocate conservative solutions that would give more Americans the opportunity to rise up and reach their God-given potential," Bush said.

Results with 99 percent of all votes counted so far showed that Bush garnered only 7.9 percent with a disappointing fourth-place finish.

Though entering the race in June as an early favorite of the Republican Party, Bush's presidential candidacy stumbled along the way since last fall after Trump, the billionaire developer from New York, attacked Bush as of "low-energy," a mockery that resonated with Republican voters.

Eight months into his campaign, Bush was no longer regarded by donors and supporters as a mighty guardian of conservatism that could promise the retake of the White House. Instead, he becomes a liability.

U.S. media described Bush as a candidacy who fell monumentally short of his backers' original expectations, saying that the 63-year-old former two-term governor of Florida failed to inspire Republican primary voters whose mood and needs had changed.

"I'm not seeing a lot of movement there (for Bush). He's got (Senator) Lindsey (Graham from South Carolina) down there helping him, and his brother came in to help him, and he's still about what, 10 percent? (That) is way behind top three," said former Republican Senator Bob Dole just days before the South Carolina Republican primary.

Bush said Saturday night: "In this campaign, I have stood my ground, refusing to bend to the political winds."

"We put forward detailed, innovative, conservative plans to address the mounting challenges that we face," he added.