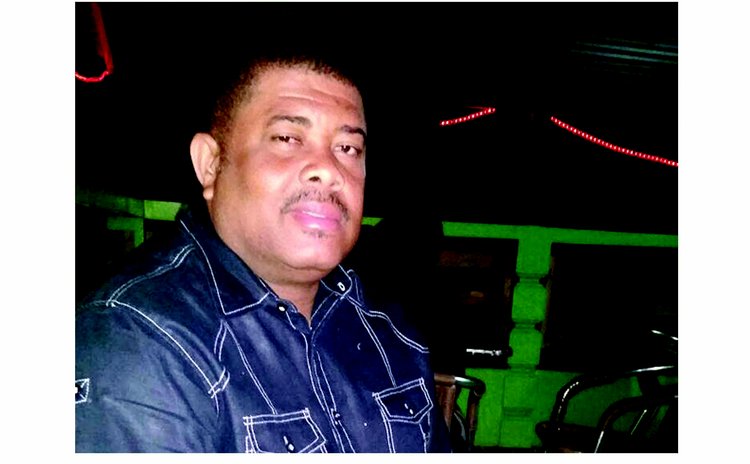 Wayne James, a former police officer who had his gun taken away from him by Police Chief Daniel Carbon has sued.

James, who's also the brother of former Prime Minister Edison James and a current member of the Electoral Commission filed the suit last week against the Attorney General and the Chief of Police.

Through his lawyer, J. Gildon Richards, James is seeking judicial review and an administrative order to force Carbon to return his license firearm. Carbon revoked James' licence on June 23, 2016.

Earlier Richards wrote to Chief Carbon seeking reasons for the confiscation of his gun and why he was declared "unfit" to hold a license firearm.

In his lawsuit, filed on July 18, 2016, James said he has held a firearm licence since September 2010 and that he regularly paid the license fee.

He said two days after the police took away his gun his home was burglarized. James lives and operates a business in Sylvania, a remote area near Pond Case, on the road to the Douglas Charles Airport.

"I now feel helpless and exposed to the dreaded possibility that my family or my business place may be targeted by persons who now know that I no longer have a license to keep and use a firearm," he said.

He added that he had a "legitimate expectation" that the Chief of Police would not revoke his license except for good and lawful reasons of which Carbon would have informed him.

"I also had a legitimate expectation that the Chief of Police would not revoke the said license before he gave me a fair opportunity to address him on the matter. He did not previously inform me and therefore, did not give me a hearing before he made the said decision," James wrote.

According to James, Chief Carbon violated, or unlawfully and unfairly, disregarded the requirements of section 13 (1) (a) (iv) of the Firearms Act No. 3 of 2011 by which he was required to have and give a reason for his decision to consider James "unfit" to keep and use a firearm.

"Consequently, I believe that in making his said decision, the Chief of Police acted with malice…and exceeded his jurisdiction under section 13 of the Firearms Act No. 3 of 2011," James said.

He wants the court to "quash" Carbon's decision since the Police Chief breached the rules of natural justice or the basic principles of fairness in relation to him.

James wants the court to order the police to return his gun, restore his firearms license and pay costs, exemplary damages of $30,000 and any other relief as the Court deems just.