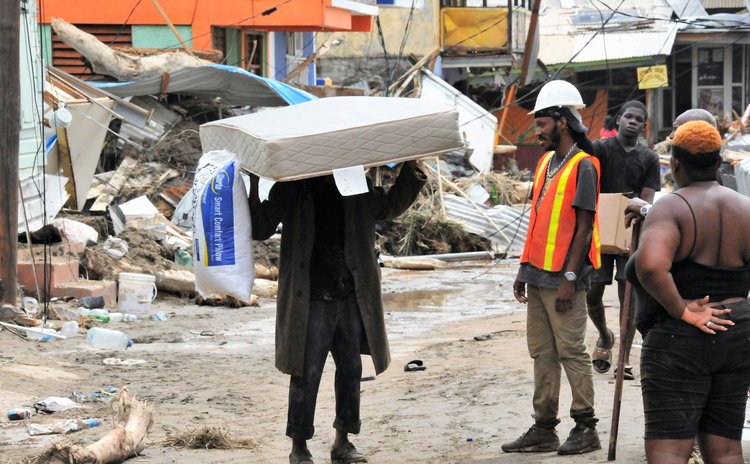 FLOW and MARPIN and DIGICEL

A new era in telecommunications began in Dominica in 2017 when FLOW purchased MARPIN 2K4 in May. MARPIN, a cash-strapped telecoms company, had been up for sale for many years and there had been multiple stories in the press about the protracted negotiations between FLOW and the Dominica Social Security (DSS), the majority shareholder of MARPIN.

"Dominica will soon have the opportunity to experience the best multi-platform TV the region has to offer as Cable & Wireless Communications (C&W), the operators of FLOW, announced. But Hurricane Maria in September effectively re-wrote their plans.

The purchase price of the company was not disclosed.

Not to be outdone by its rival, DIGICEL, Dominica, appointed Nikima Royer-Jno Baptiste as the company's first female and Dominican national as Chief Executive Officer for its Dominican operations. Royer-Jno Baptiste's main focus, DIGICEL said, will be leading the team of over 60 employees in delivering the best customer experience and a superfast network in the country.

Meanwhile, things at the country's leading financial institution were not so bright in 2017.

But at the National Cooperative Credit Union (NCCU), Dominica's second leading financial institution, the growth path in 2016 continued upwards towards "the half a billion dollar mark," said Josephine Dublin, the president.

Throughout 2017, meanwhile, trade unions and the Government of Dominica argued about salary increases for public servants but towards the end of the year the parties agreed to a mix of benefits that included a "double bubble".

If business for much of 2017 was difficult, Hurricane Maria on 18 September and the wanton and widespread looting that followed for a few days afterwards decimated businesses in Dominica.

Left reeling by category-five Hurricane Maria members of the private sector say they wanted some persons in authority, namely, the head of the Commonwealth of Dominica Police Force, to resign for their failure to protect the private sector's investment.

Meeting at a public discussion organised by the Dominica Business Forum (DBF) at the Dominica Public Service Union (DPSU) conference room irate business people demanded a public and independent inquiry into what Severin McKenzie, the president of the DBF, described as "the human Maria".

About 500 jobs were lost due to the storm and thousands of workers migrated thus putting a severe strain on the recovery programme.

Earlier, the storm had effectively cancelled the World Creole Music Festival as well as other aspects of Dominica's tourism product hard hit by Hurricane Maria.

The enormity of the economic challenge the country faces after the unforgiving and unforgettable punishment inflicted by Hurricane Maria about three months ago can be found in a report of the findings of an assessment of the tourism industry conducted by the Discover Dominica Authority (DDA), the state agency charged with marketing the destination.

With the little there was of the productive sector pummeled into a crushing halt, the country was counting on tourism to jump start the economy; evidence of which could be found in the 'open for business' messages that the authorities were sending out in drips to the outside world.

However, there was a much grimmer reality facing tourism, as indicated in the report dated 16 October by Colin Piper, the director of tourism, a copy of which was obtained by The Sun.

It painted a rather depressing picture of the state of accommodation - some of which are unlikely to reopen – as well as sites and attractions, the very basic needs for tourism, although the situation with access was more encouraging, with LIAT, Seaborne and Air Sunshine having resumed limited services to Douglas Charles Airport and the ferry continuing to operate.