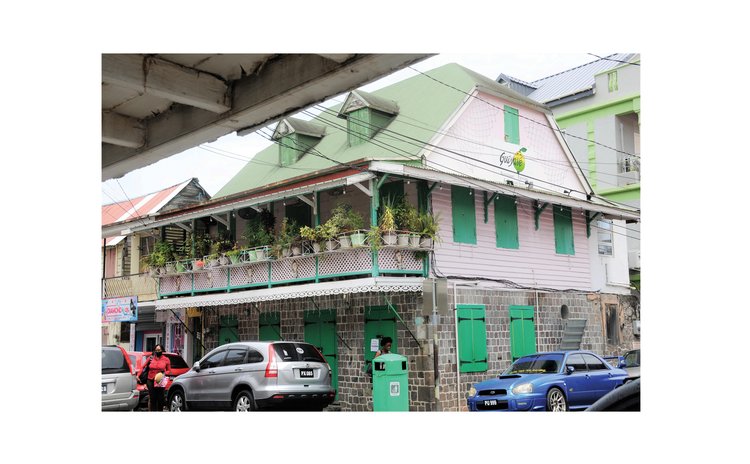 Almost all businesses, great and small, groaned in pain in 2021 due mainly to the Covid-19 pandemic and a moribund economy.

There were notable exceptions.

Despite the ongoing COVID-19 pandemic, Dominica's indigenous bank, the National Bank of Dominica (NBD) recorded an impressive profit of EC$ 23.32 million in 2020, the bank's annual report for that year stated.

"NBD produced strong results in 2020," wrote Anthony John, the then Chairman of the Board of Directors, who later died of cancer. "For the financial year 2020, our strategy and performance resulted in profit before provisioning and taxation of $34.74M and net profit of $23.32M".

Meanwhile, in April NBD reported that it had acquired the banking assets of the Roseau Branch of the Royal Bank of Canada. Thus ended the 100-year association of RBC with Dominica and the Eastern Caribbean. In December 2019, a consortium of regional banks entered into an agreement to purchase the Eastern Caribbean banking operations of RBC.

DOMLEC, as well, recorded a profit in 2020 but a meagre after-tax of EC$14,218. This is as the Government of Dominica signals its intention to become, again, the majority shareholder in Dominica Electricity Services Ltd.

In 2021, two major Dominican companies reached the end of their existence.

Firstly, after almost three decades since it was established here in Dominica within which time it made its way to the top of the insurance market, First Domestic Insurance Company (FDIC) Ltd finally reached the end of its road.

Since the passage of Hurricane Maria, things took a downturn for the company which boasted, on the internet, of being the "first and only General Insurance Company." Secondly, Guiyave, one of Dominica's top restaurants closed from Monday 12 July 2021 due to the financial squeeze.

And also, FLOW, at the end of March, severed its MARPIN TV Production arm. In the process, 19 staff, were sent home. From all reports, it could be that the Government's decision to end its 50-year monopoly with FLOW and move over to its competitor, DIGICEL, for the provision of telecommunication and ICT services, was causing some financial problems.