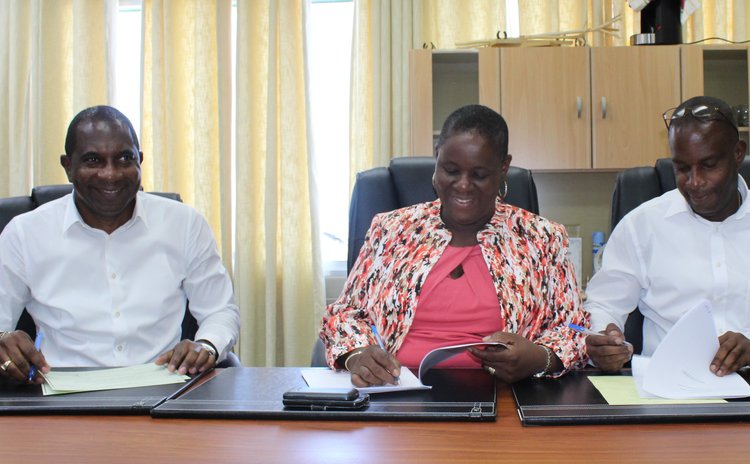 A new era in telecommunications has arrived in Dominica as FLOW purchases MARPIN 2K4.

MARPIN, a cash-strapped telecoms company, has been up for sale for many years now and there has been multiple stories in the press about the protracted negotiations between FLOW and the Dominica Social Security (DSS), the majority shareholder of MARPIN.

DSS and FLOW announced today that the two companies have concluded negotiations.

" Dominica will soon have the opportunity to experience the best multi-platform TV the region has to offer as Cable & Wireless Communications (C&W), the operators of Flow, today announced that it has acquired local Dominican cable company Marpin 2K4 Ltd (Marpin)," FLOW said in its press statement. "The addition of Marpin means that Flow Dominica will soon be able to offer cable television services in addition to its mobile, fixed-line telephony and high-speed broadband services".

FLOW added: "This is great news for our customers and employees, as this new development further demonstrates our commitment to Dominica, through continued investment and deliver expanded products and services to Dominicans," said Jeffrey Baptiste, General Manager of Flow. Baptiste also thanked the team at Dominica Social Security (DSS), the former owners of Marpin for a smooth transaction and for working together to ensure the interest of all stakeholders were best met.

"As Flow integrates Marpin into its operations, the Company's intention is to leverage the technical expertise of C&W and Liberty Global, the world's largest international TV and broadband company. "We expect that Liberty Global's reach, expertise and influence will enable Flow to eventually transform Marpin's customers' television experience via new features such as HD television, multi-platform viewing, as well as the introduction of new and exciting local, regional and international content," Baptiste also said.

"Flow sees its investment to bring television services into the local operation as a continuation of its commitment to Dominica. In October 2014, the Company embarked on a US$4.5 million upgrade of the Island's mobile service to Superfast 4G connectivity. Now, with the acquisition of Marpin, Flow will continue to make investments to ensure that the approximately 12,500 Marpin TV and Broadband customers experience the best Flow "Hello," as the Company transitions them to its service platforms".

Baptiste also pointed to Flow's efforts during Tropical Storm Erika in 2015 to illustrate his Company's dedicated approach to its customers and employees. He said, "It was our network that kept thousands of customers connected to family and friends throughout the Storm. It was Flow Dominica, with the support of colleagues across the region who rallied to help out Dominicans in need. Not only are we committed to providing the best quad-play services and bringing world-class content to Dominica – we are equally as committed to ensuring we have a positive impact on the communities we serve. So, let me say, 'welcome to Flow' – we are eager to transform your entertainment and communications experience!"