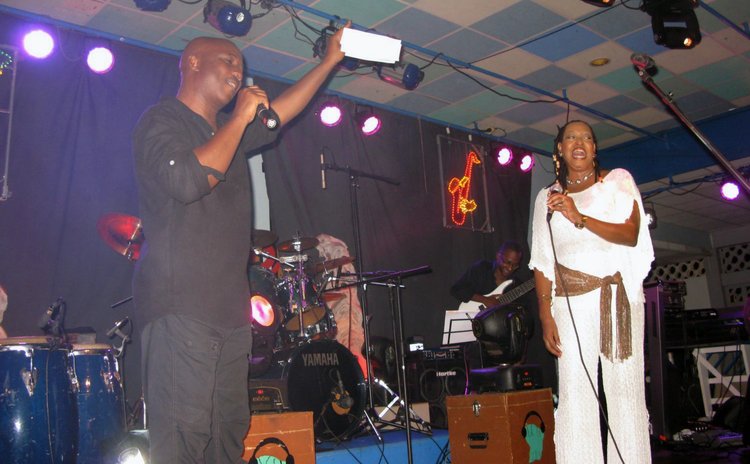 The music created and pioneered by Gordon Henderson and his Exile One Band in the early Seventies and which dominated the airwaves, dancehalls and concert scenes for the several decades is to be given a day of recognition on August 25, 2016. The announcement of the Cadence Day was made by Cecil Joseph, General Manager of DBS Radio at a public forum on Cadence-lypso held at the UWI Centre on Wednesday, as part of the build-up to the NCCU Cadence-lypso Competition on November 2nd, 2016.

Cadence Day, as the day is being referred to, will be promoted mainly by Dominica's national radio station, DBS Radio which itself was formed around the same time as this pioneering musical form in the early Seventies. DBS and other supporters of the music hope that by declaring a day for Cadence music that the music will find greater favour among the younger generations of Dominicans and the youth and will help to stimulate new interest by younger musicians to begin to experiment with the Cadence sound.

Referred to by Gordon Henderson as "a synthesis of Caribbean music" for its dynamic rhythmic sound and the fusion of Calypso, Haitian Rampa music with Afro-American Funk around 1973/74 in the French island of Guadeloupe, Cadence-lypso became one of the region's last musical creation of the 20th Century.

Exile One pioneered a music which gave Dominica a distinct place in world music for such a small nation of less than 70,000 inhabitants. The creation of the music reflected not only the artistic talent of this pioneering generation of musicians but the mood, inspiration of a nation and a region which was going through turbulent political and economic challenges and moving towards independence and greater self-determination. Much of the early music highlighted the courage and vision of a people whose interest for nationhood, independence, social justice and the need for greater openness to the world. The early Cadencelypso was message oriented, sung mostly in the creole language and the vernacular of the people of Dominica and helped in forging a new sense of national identity and pride. It helped to raise the national profile of Dominica, giving the people a greater sense of national pride and something that everyone was proud of and could celebrate round the world. The music moved from its birthplace in Guadeloupe where Exile One was based to capitals, villages, radio stations, and concert halls to as far-flung as the French and Portuguese colonies (or former colonies) of Africa, Europe and much of Latin America and the Caribbean.

Exile One gave the pioneering spark, the distinctive funky rhythm and creole voice, and have given the world many albums and have survived more than four decades making music and playing in live concerts on various continents of the world. They have given us hits songs such as Nou Travail, Rosita, Diamant Kweyole, Garder Deye, Jamais Voir Ca and Fraiche. Other major contributors to the music include the venerable Jeff Joseph (who passed in 2010) and his Grammacks of the west coast village of St. Joseph, known for their crafty stage acts and a string of hits including Mi Deba, Ou Pas Bon, and Soucouyant. But if Exile One and Grammacks were the early international mega groups, Ophelia Marie, a voice and a personality from the south-western village of Pointe Michel in the earlier period and Michele Henderson of Grand Bay of more recent vintage, gave it more than a feminine touch and further world-class appeal but have become global ambassadors for the music. Midnight Grovers, also from the cultural capital of Grand Bay, has been stringing hits since the late Seventies with their unique brand of hard-hitting social commentary and a more authentic sound that has been more appealing to rural and working class Dominica. Other major proponents of the music include groups such as Belles Combo from Mahaut, Black Affairs of Marigot, Milestones from Portsmouth, Liquid Ice, Mantra, Mammouth, Bill-o-Men - a collection of stars from Dominica and other Caribbean islands led by the dynamic Bill Thomas of Trinidad & Tobago, among so many others.

Cadence Day will be celebrated with media programmes, discussions on the music and the playing of many of the well-known Cadencelypso hits over the last four decades. Supporters of the music and contributors to the sound have seen recent efforts to keep the musical form alive. The National Cooperative Credit Union (NCCU) has staged annual competitions over the past five years injecting large amount of resources as prize money to winners and for training programmes, all in an effort to help revive that musical form. The World Creole Music Festival produced by the DFC since 1997 has given a great deal of coverage and support to sustaining the music and keeping it among the main elements of the creole sound at the festival. This year's line-up will highlight the two most important female voices of Dominica and creole music, Dominica's Lady of Song, Ophelia, and Song Princess Michele Henderson. Midnight Groovers known to fans as Kings of Cadence will also grace the festival stage during this year's music anticipated 19th edition.