Cadence Museum: All eyes on the Barracoon building 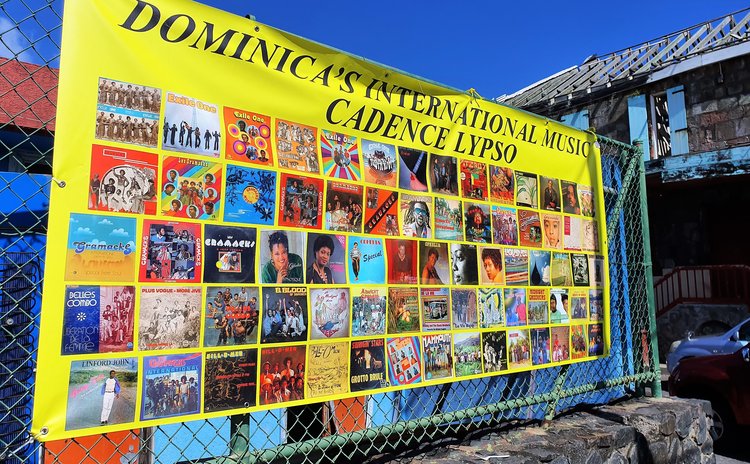 Part of the Cadence Square on the Roseau Bayfront

Proponents of the Cadence-lypso art form are rallying around the idea of transforming the Barracoon building on the Dame Eugenia Charles Boulevard as a Cadence-lypso museum.

The nearly 300-year-old structure, constructed in the 1760s was used to receive and store slaves prior to their auction at the Old Market.

The building which later housed the High Court, Magistrate Court, and Registry now stands in a dilapidated state due to the impact of Hurricane Maria in 2017.

Speaking at the official launch of Cadence Square which is situated adjacent to the Barracoon building near the ferry terminal, creole enthusiast, Leroy "Wadix" Charles said, the "historic fortress" should not be left to perish but should be preserved and restored with fonder memories.

"In there, you could listen to Cadence music while viewing information on computers about the genre all while selling local products," he stated. "Cadence is an integral part of our culture in Dominica and it has made Dominica supreme. So let's turn the bad that this building was used for into something good."

Charles further averred that the Cadence committee has long been in discussion for a Cadence-lypso hall of fame, and according to him, the Barracoon building is the ideal location for this gesture.

He stated, the mayor of Roseau is in support of this initiative and the group is currently working to make their vision a reality.

"We have some logistical hurdles that we have to cross but we are very hopeful. We are willing to do the work and do what it takes to have this as a national museum for Cadence-lypso. This will create a major buzz in the area especially when we have visitors," he said.

Member of the Cadence-lypso committee and chairman of the reparations committee, Dr. Damian Dublin also supported the petition put forward by Charles as he too is of the view that such an initiative will provide greater knowledge to children and visitors about the Cadence legacy.

"This is a topic we have been pushing for a very long time. We really think that the Barracoon building should be restored as it is the only one in the Eastern Caribbean which is still standing and there is tremendous potential in terms of history and all the aspects," Dr. Dublin said.

Meantime, the Cadence committee officially launched the Cadence Square which they say serves as a tribute to the legends of the art form.

Ibrahim Brohim, proprietor of The Signman, who conceptualized the idea said he was pleased that the committee could turn his vision into reality.

At the square, a billboard has been placed of Exile One, the creators of the Cadence genre.

"There is a song that my father wrote that says, no one is a prophet in his own country but I'm seeing that this is the opposite and Dominica is actually recognizing the Cadence legends, what they did for us and the struggles that they went through to get Cadence where it is today," he said.

The committee says the square will be covered and given a further facelift and hopes that activities will be held in the location centre around Cadence music.

The committee says it further aims to get Cadence music as a UNESCO-recognised genre.