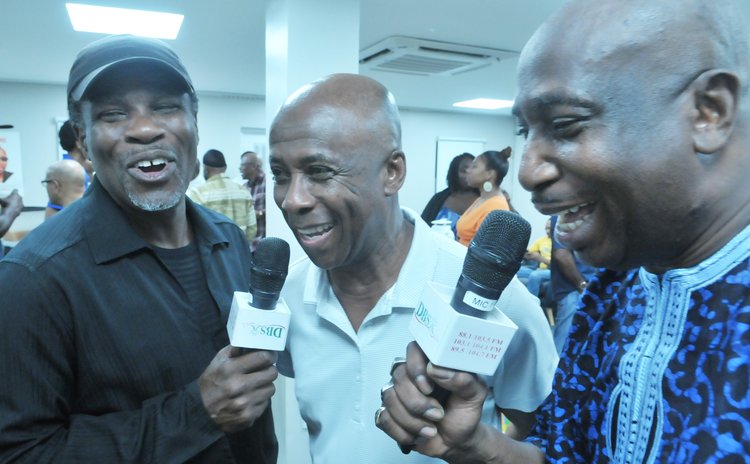 Oftentimes, when endangered things in Dominica are referenced, typically it's the Crapaud (Mountain Chicken), the Sisserou parrots, and even our very own Kweyol language. However, a very important aspect of Dominica culture which many say may soon vanish if more assertive efforts are not placed into its revitalization is the once beloved Cadence-lypso music.

"This art form which has gained Dominica so much attention both on the regional and international scene and has birthed many other genres and paved the way for so many of the new artists which we have today is in fact endangered and if we allow it to die the blood of our ancestors will be on our hands," declared Leroy Wadix Charles, an active promoter of the music genre.

Charles, the founder of Creole Heartbeat, for the second consecutive year is hoping to raise greater awareness of the genre with the hosting of Cadance-lypso month, which runs from July 1 to 31st.

He told the Sun that the month of activities which is presently ongoing was created to celebrate the legacy and growth of the music and to find ways to both relieve some of the existing moments of that successful period of Dominica's music, as well as to find collective ways to identify current gaps that allow for an imagination of a successful Dominica music industry.

Such remarks have also been echoed by Gordon Henderson, who in the early 1970s along with the Exile One Band pioneered the Cadence-lypso genre.

According to Henderson, the creation of the music reflected not only the artistic talent of that generation of musicians but also the mood and inspiration of a nation and a region that was going through turbulent political and economic challenges and moving towards independence and greater self-determination.

But despite the gains made within the five decades, the Cadence pioneer lamented that this genre which should be embraced by Dominicans is better known and often better appreciated outside of the island.

"Celebrating Cadence-lypso is not a matter of musical nostalgia or an attempt to revive a genre of the 70s. The celebration of the Cadence-lypso month is bringing to the fore Dominica's contribution to the birth of modern Creole music and as a part of cultural industries in the Caribbean and beyond," he said.

"Personally I think the timing is crucial because most Dominicans are not aware of the impact of Cadence-lypso around the world based on global music industry standards and the fact that most of our leaders were either babies or not born during the glory days of the movement," the Cadence legend added.

To pay homage to some of the icons of Cadence in Dominica, Charles revealed that at the end of the month, the first-ever Cadance-lypso tribute festival will be held at Windsor Park Stadium Forecourt.

"Fifty-plus years into the music we want to make them feel that their legacy is continuing and because they are our living ancestors. Yes there is Balla and Congaree of yesteryear, but we are so fortunate in this generation to have our living ancestors with us, those who went out there and promoted the music under challenging and difficult circumstances, so we have to honour them", the cultural ambassador stated.

He added that the three-night festival will not only celebrate the legends but feature many of the younger artists who are expected to take the mantle and bring the genre to the next level.

"What we are trying to do is ensure that there is continuity with the artist so that these icons can mentor and prepare the younger artist for the legacy to continue," he pointed out.

Night one, July 29, will pay homage to the Midnight Groovers and will feature other acts such as Stéphane Ravor, First Serenade, Pato (Black Roots), Loster, RSB, White Fayrie and the Sixth Form Sisserous Singers.

On night two, which will be a tribute to the late Jeff Joe, the crowd will witness performances from Luc Leandry, Dominica's Lady of Song, Ophelia, Curvin Serrant, Linford John, Ecstasy Band, Chris B and the Cadence All-stars.

Night number three – July 31- will be a tribute to Fitzroy Williams and attendees will be entertained by Williams himself along with King Dice, Signal Band, Derrick Peters, Janet Azzouz, Gilles Fontaine, Jerry Lloyd, and the Cadence All-Stars.

Both Charles and Henderson are also hoping to get the assistance of the authorities to apply to the United Nations Educational, Scientific and Cultural Organization (UNESCO) to have Cadence-lypso recognized as an intangible cultural heritage and officially endorse its music as a "real true global genre."