Callaloo in demand but dasheen leaves and crabs scarce 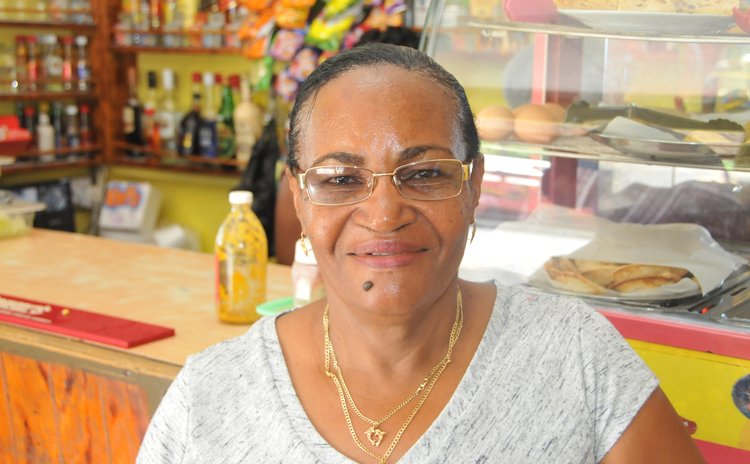 In 2013, Raymond Lawrence, the then Chief Cultural Officer announced that callaloo will officially be served as Dominica's national dish.

That recommendation followed the endangerment of the Mountain Chicken or Crapaud which was threatened by the fungal disease known as Chytridiomycosis. The Mountain Chicken, one of the largest frogs in the world called two Caribbean islands home; Montserrat and Dominica.

The Mountain Chicken was recognized as Dominica's national dish for some time but because of its scarcity callaloo was selected as a suitable replacement.

Originally a West African dish, callaloo is the national dish of Trinidad and Tobago can also be found in other Caribbean islands.

But how often do Dominicans order callaloo? Well many local restaurant owners around Roseau and environs told the SUN that residents and visitors enjoy and at times pre-order this delectable dish.

Veronique "Ma Boyd" Nicholas of the Kubuli Bar said: "Callaloo is promoted a lot but is more during the Creole time and I feel that if it is our national dish like how I prepare broth every Friday callaloo should be like that."

She said that although she would like to prepare the dish more often, there is a scarcity of resources namely the young dasheen leaf.

She stated that there is no specific season for dasheen leaf but there is not a grave demand for the farmers to bring dasheen leaves to various restaurants. "With me as the season is open I am already to give you callaloo practically every day…Every day we serve callaloo during the season because that is our time when you tell them that tomorrow you are going to have callaloo they will say 'Wow! leave two bowls for me'," she said.

Owner of Gloria's Cuisine said: "Callaloo is something in Dominica during the Creole time that people actually look out for before the week start they will be asking for it."

She said restaurant owners would hardly advertise callaloo because it sells very well.

"Last year I had customers sitting on the porch waiting and callaloo was not on the fire yet, it advertises itself," she said.

Owner of Pineapplez Kitchen Jennifer Baron said that during the independence celebrations persons are very responsive towards callaloo.

Although, spinach can be used as a substitute for dasheen leaves Baron also noted that there is a scarcity for the leaves.

She noted that for the season the availability of crab was also an issue.

Owner of Living Well Cuisine Laurine Wyke said that although persons have requested Callaloo there has been a scarcity of crabs.

"People request for it but normally we have the smoked chicken or smoked pork and the customers appreciate it, but mainly on Fridays people come and for it."