According to unaudited figures, the DCA collected about $425,000 for the Calypso season, enough to pay its bills 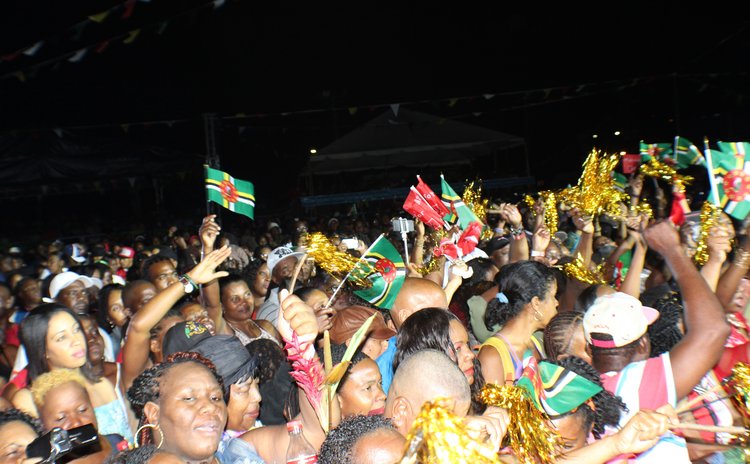 Although calypsonians are still adding and subtracting financial figures, it is safe to conclude that the Dominica Calypso Association (DCA) has had another good year.

Derrick "Hunter" St. Rose, the president of the DCA has told the SUN that while they are still in the process of putting the figures together, the picture looks good.

"We have had a meeting as an executive, but the figures are still coming in so I cannot give you definite figures yet but I can tell you that it looks good so far," St. Rose said.

According to preliminary unaudited figures obtained by the SUN, the DCA collected over $425,000 in gate receipts inclusive of the quarter, semi-final and final shows.

Preliminary figures so far show the DCA collected just over $33,000 at the quarters and over $35,000 at the semi-finals giving the association a combined dollar figure of about $70,000 for the two shows.

"It must also be noted, that those who fell at the quarters have to be paid and those who also fell at the semis also have to be paid, plus you have the usual expenses of grounds, security, stage etc., but it's still good," said a source who is aware of the DCA takings but requested anonymity because he was not authorized to speak publicly on the matter.

Over $115,000 will be issued as prize money to the finalists. "From the look of things the figures are way past the 400,000 but always remember monies for the loan for the Calypso House, the band, security and staff etc., while I can't give you a definite final total, all I can say is that it was yet another good season for the Calypso Association," the source added.

Meanwhile, although carnival is over Calypso fans continue posing questions about the controversial tie between former kings Dice and Daddy Chess who were tied for a joint second place in the 2017 Calypso finals.

Hunter told State-owned DBS radio on Thursday that the DCA has accepted the judges' decision and the prize money will be divided equally between Dice and Daddy Chess. To avoid ties in the future, Hunter said the DCA will discuss that and other issues at a Calypso post-mortem to be held soon.