Calypso Drift: "A vibrant piece of informative and entertaining prose" 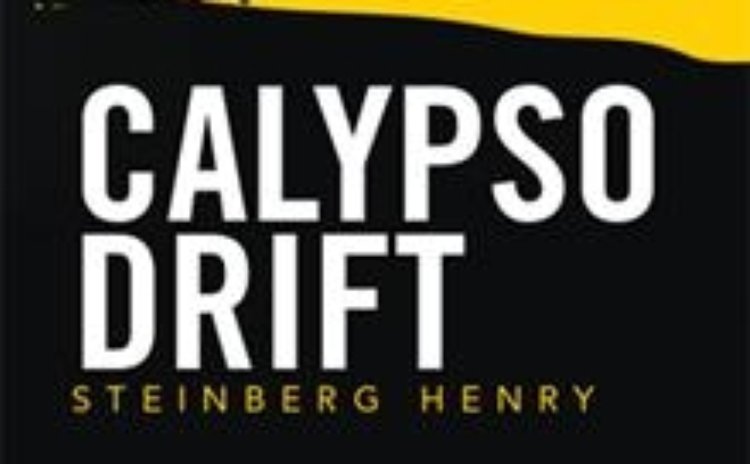 Cover of the book

Steinberg Henry's Calypso Drift, his third publication, is a cross between a nostalgic conversation between old friends, and one long calypso.

For me Steinberg Henry is an old acquaintance, whom I first had the occasion to meet back in 1981, when he was among one of the first broadcasters at DBS Radio to interview me upon the launch of my first book of poetry, Honourable Natty Dread.

"What are we going to talk about?" he asked me before we went on air. Obviously, this was a first even for him--to interview a dread, one who published a book of poetry on Rastafari themes,--the passing of Bob Marley, and the release of Desmond Trotter from jail. All dark and almost taboo subjects in the wake of the infamous Dread Act that still loomed ominously over the society like a wet cloud.

Nevertheless, Stein, was one of those broadcasters I admired, especially his show, 'Xpressions' which was the fore runner of many a cultural and entertainment-themed programs that would follow on the nation station, but I sensed, that being a disk jockey was not his first love…"so here I am just spinning records..." he mused during broadcast.

In this publication, Calypso Drift, (ISBN 978-1-49315-464-7) artwork by Darius Earl Ettiene, Henry revisit's the many strands that have come together to mold him into what the thinking power house, and sentinel of observation and, and maestro of literary expression he has become today. Taking his place among the most insightful authors to emerge from the this little Nature Island in the Dominica Diaspora in this 21st century.

The book published 2014 by Xlibris LLC, based in Bloomington, Indiana, a vanity publisher, is 433 pages long, and is also available in hardback, soft cover and as an e-book. There are 119 chapters, broken down into 14 segments. The subtitle reads, "Personal traces and how beautiful precision in song writing archives island history". What is at first glance may be an exposé of the lyrics of Dominican calypsoes, is much more autobiographical. He traces his roots from Dominica's northern second town, Portsmouth to his present home in Atlanta Georgia, and seems to not leave anyone out with whom he may have had even the briefest professional encounter. I will leave you the reader savour for yourself .

Only to add that the Henry, weaves an international tapestry of thoughts and reflections on current affairs of the world stage, and bends them to reveal their importance to local happenings. The result is an important, vibrant piece of informative and entertaining prose, that makes reading it pleasurable as it moves along with a cadence and melody of its own making.

For sure much of what is written, one would need a personal reference point to know what Henry is driving at. This renders the book in my opinion, a book aimed at a Dominican readership, or those anthropologists inclined to learn the Dominican ethos, and how we have arrived, at where we are, in this particular point in our history.

And so, let me end here, giving Stenberg Henry the ultimate word, "I am a lyric fire stone rolling on this scape, this landmass of green and purple resilience" (2014, Henry S, p. 418)