Calypso King De Bobb: Nothing happens before its time 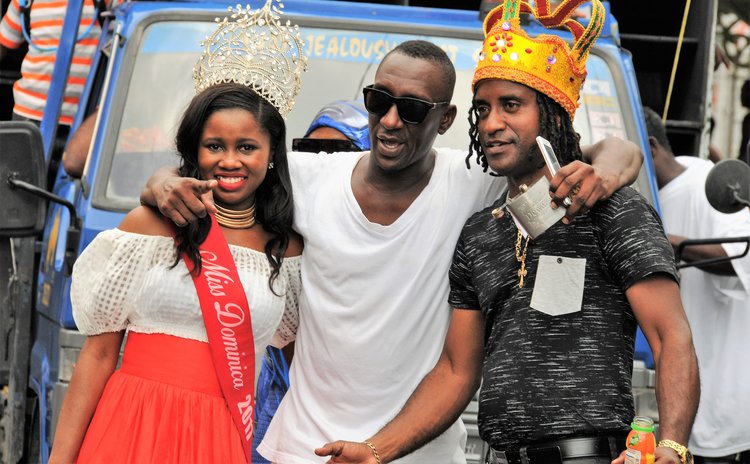 Daryl " De Bobb" Bobb, Dominica's 2018 Calypso Monarch who knocked-out Calypso heavyweights Dice and Tasha P and Sye and Karassah and Haxey on the night of 10 February at an open-air show at a muddy Newtown Savanah says his 17-year journey to the Calypso throne was worth its weight in diamonds.

But recall that Bobb had weaved his way to the Finals with consistency and panache and an unnerving sense of destiny. His date with fame and fortune had finally arrived. Earlier, in the primary rounds of the 2018 Calypso season, Bobb placed first in the Quarter Finals and Semi Finals and performing last, at number 10 in the Finals, with songs "Go and Sing de Truth, Bobb" and "When People Doh Like You" he sent eight-times monarch Dennison "Dice" Joseph to the canvas for the count with a well-executed one-two-three combination of lyrics, melody and rendition. And, yes, Bobb was helped when Karessah unfortunately shot himself in the foot.

"I have learnt so much that I think that over the past 17 years, I have gone back to school again. I understand people and the stage much better now. Nobody knows the hurt and pain over the years. People kept on asking me why I am still singing Calypso because I have a special voice," Bobb told the SUN in an exclusive interview.

He continued: "No one really knows what Calypso has done for me…Calypso is the people's thing and I must say that the things that I have learnt being involved in Calypso, I would not have learnt that otherwise not even if I had gone to a university. Now, I am a much better performer, a much better understanding person of the people, there dynamics, emotions and everything I would not have learnt that at a university in four years."

"I always say that nothing happens before its time, this thing has just blossomed over the years because I stuck with it...and I am reaping the fruits of years of toil and hard work," he said.

He has a message for the young people and Dominicans as well.

"The only way we can change this country (is) we need to stick to a plan and persevere," he said.

Before performing in the finals, Bobb, a former student of the Catholic-Church-owned St. Mary's Academy said he "prayed hard".

"Our motto (at SMA) is Ora et Labora meaning work and pray; all that cannot happen without prayer or some connection with your spirituality. I am a meditator and it is very easy for me to absorb what I want to in my environment. Asked how he was able to change the lyrics of his song from Quarters at Semis and also the Finals Bobb said: "I know how to follow a story and update what is happening in your environment. My lyrics changed every week to be in time; it was a hard challenge but I stayed focused. I produced both my songs all with the help of Pat Aaron, my writer; I give him all the kudos and all the royalty.

"My intention is to work closely with the Dominica Calypso Association, the Government of Dominica and every entity that is serious about doing events in Dominica and exporting Dominica's culture to other territories to ensure that we can move our product to where it belongs. Dominica, I am your tool. I have the connections. I intend to be out there representing my country without any distractions."