DCA Treasurer Trendsetter says 2019 was a financial improvement on 2018 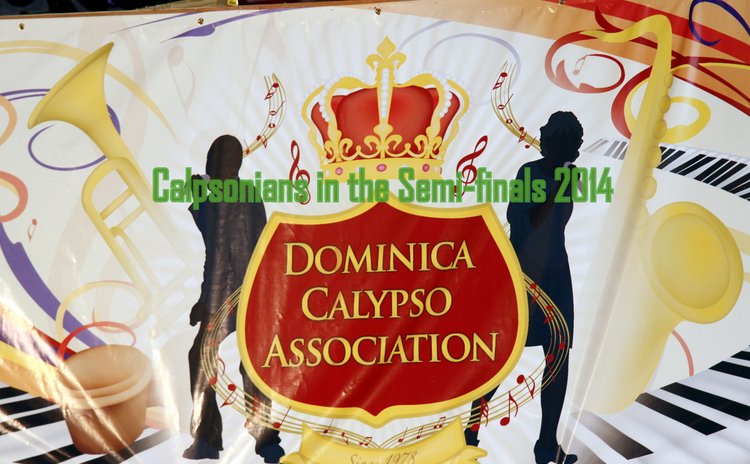 Profits from the 2019 Calypso season, we have been assured, is not "Jumbie Money" but despite stiff competition from other shows and increases in expenses, the Dominica Calypso Association (DCA) is able to confidently walk to the bank, not with unsteady steps as if they were "Walking with Their Eyes Closed."

If you need reminding, "Jumbie Money" is Mighty King Dice's 2019 mega-hit and "Walking with Their Eyes Closed" was the song with which Intruder tried to jump over to the Finals.

But Narrin "Trendsetter" Murphy, the man who helps the DCA crunch the figures, says "it was a good season despite a few drawbacks".

In 2019, for the first time, the DCA held the three major shows- Quarters, Semis and Finals-at the Windsor Park Stadium forecourt. The number of paying patrons at the Semis was 1,500 and the DCA cashed in $52,500; for the Quarters about 1,000 Calypso lovers brought in $35,000.Costs included security, artistes' fees including the Road March, rental of equipment, stage lights, sound etc. And Value Added Tax.

"We did better than Newtown for shows, Quarter-finals and Semifinals; plus the artistes' pay increased by $250 or 25 percent," Murphy, the DCA Treasurer said.

"We have not increased the finalist price money which remains at EC$20,000 but significant non-cash elements have been added; for example, $6,000 worth of groceries for the King; the First Runner Up will get $300 for three months; also all ten finalists get a $200 gift voucher from the Dynamic Men company; all 10 get further gift vouchers of $150 from S- Mart; Val Ferry has also come onboard in a huge way giving trips to the top four places and Flow, Dominica is giving handset to the top four places," Murphy said.

But despite the lingering effects of Hurricane Maria, the profits from the 2019 shows compares favourably with figures from other years.

"What I can say for certainty is there was an improvement in 2019 from 2018 Hurricane Maria year but that the show (held at the Newtown Savannah on the same night as the Calypso Finals) would have grabbed some of the younger patrons," Murphy said.

What about increasing the prize money for the Calypso King? Murphy said high costs preclude that change.

"We receive no subvention; we pay regular VAT as a non-profit organization and we have tremendous fixed expenses that don't fluctuate based on gate receipts," he said. "It's all well and good to aspire to pay more but from a financial standpoint we must show where and how and not just speak without doing some basic analysis."

From the annual profits, the DCA makes a lump sum payment to the bank towards the mortgage for the Calypso House at Bath Estate that it constructed at a cost of $600,000 in 2010.