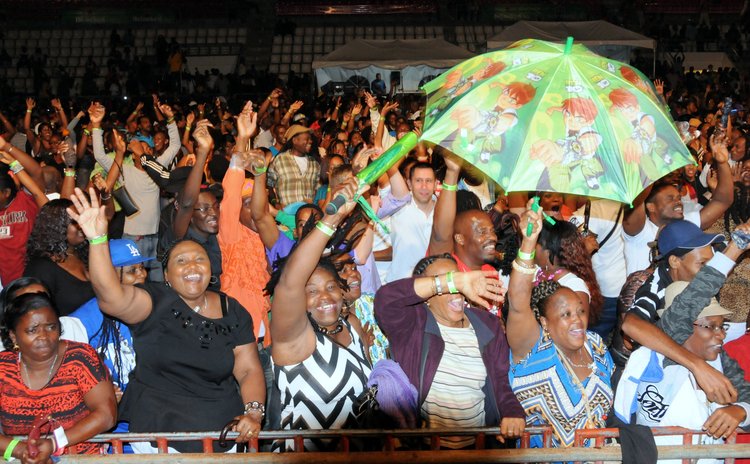 Calypso nets $445,500 for season but costs are also high Figures are being added and subtracted as we write but it is clear that the Dominica Calypso Association (DCA) has had a very good year, compared to 2013.

Derick "Hunter" St. Rose, the former treasurer and current DCA president told the Sun that while he did not have the final figures "from all reviews, it was good. The fellas are still putting the figures together and I am not able to give you something more concrete."

This was supported by DCA Public Relations Officer, Davidson "Observer" Victor who said "the figures are much better than last year, but we don't have the final figures yet; but from what we have checked based on last year we have done much better."

The 2014 Calypso Finals was held this year at the Windsor Park Stadium which has a sitting capacity of ten thousand and many claim that may have helped improve the figures for the DCA.

"This year we decided that based on what happened last year we will print extras and it paid off," a source with inside information on the DCA returns, but who was not authorized to speak publicly, told the SUN.

Hunter was asked about these figures but he was careful in confirming them.

"Honestly, I would be more than happy to give you the figures as I always do but Ghost Kelly Williams is the treasurer. But I can tell you we have lots of expenses, the Monarch gets 20 grand, the three other places get 14, 10 and 8 which brings us to 52 grand and then you have 5,000 by 6 which gives us $30,000. So when you add that up it gives you $82,000. We also have security, lights, band and the bank plus other incidentals," Hunter stated.

He added: "Last year was just a complete fiasco as it relates to gate receipts so it seems clear to us that this year was better."

The source also confirmed that between the quarter and semifinals show the DCA netted about EC$78,000.