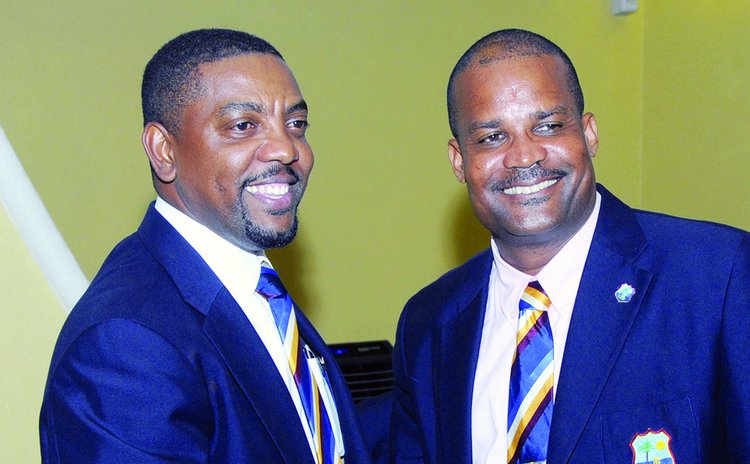 Dave Cameron, the former president of Cricket West Indies (CWI), has threatened legal action against the board unless they hand over a copy of an audit critical of his period in office.

The audit, requested by Cameron's successor and conducted by PKF, suggests a lack of financial control posed a threat to "the board's long-term sustainability" and left "a massive hole" in the board's finances. Cameron, who was president of CWI (previously WICB) from March 2013 until March 2019, is singled out for criticism several times in the report.

Cameron insists he first became aware of the report when contacted for comment by ESPNcricinfo in April. He is now demanding that he is provided with a copy of it from CWI within 48 hours in order that he can "respond fully" to the "allegations made by PKF."

A letter from Cameron's lawyers, Thomas, John & Co, to Johnny Grave, the chief executive officer of CWI, states: "Our client maintains that that he has serious concerns about the credibility of this report, which involved the Chairman of the Audit and Risk Committee selected and/ or appointed by the President or Board.

"In the circumstances, and having regard to the basic principles of fairness and the right of our client to protect his reputation, our client demands, without prejudice to any rights he may now have, a full copy of this report within 48 hours, and the right to respond fully to all of the questions, comments or allegations made by PKF, and statements made by Mr Holding and the President within 21 days.

"Should CWI whether by way of the Board or management or otherwise seek in the meantime to publish the report, or refuse to meet our client's demands for a copy of the report and time to respond, our client will have no alternative but to seek the appropriate orders and remedies from the High Court."

While very little of the entire report has so far been published, extracts are beginning to appear in publications across the region. Notably, the former West Indies fast bowler, Michael Holding alluded to a couple of sections not published by ESPNcricinfo in various interviews – though he has not mentioned Cameron by name – while Ricky Skerritt, the current CWI president, acknowledged in a media statement that the report "uncovered some illustrations of questionable executive standards and practices." As a result, both men have incurred the wrath of Cameron.

"The president's statement and especially the use of the word "uncovered" carries the imputation that PKF uncovered previously hidden and unknown material, which justified or warranted the making of serious questions, comments or allegations directed at or against our client as the president of CWI," Cameron's lawyers continue.

"There is no question that Mr. Holding believed that the contents of one part of this PKF report raised the real prospect that the offence of money-laundering either occurred or may have occurred, and/or exposed CWI to the risk of involvement in money-laundering. At all material times our client was the president of CWI. These allegations have now gone viral throughout the region and elsewhere.

"As indicated above, our client has not seen the report, nor has he been given any opportunity to respond to it, either by PKF or CWI. In fact, at no time did PKF seek to ascertain any fact or comment from him. However, the report or parts thereof were made known to ESPNCricinfo and Mr Holding."

At the time of writing, with the 48-hour deadline having passed, it is understood the report has not been passed on to Cameron.