Government says it did not violate the Contracts Act: JCCS says: yes, you did 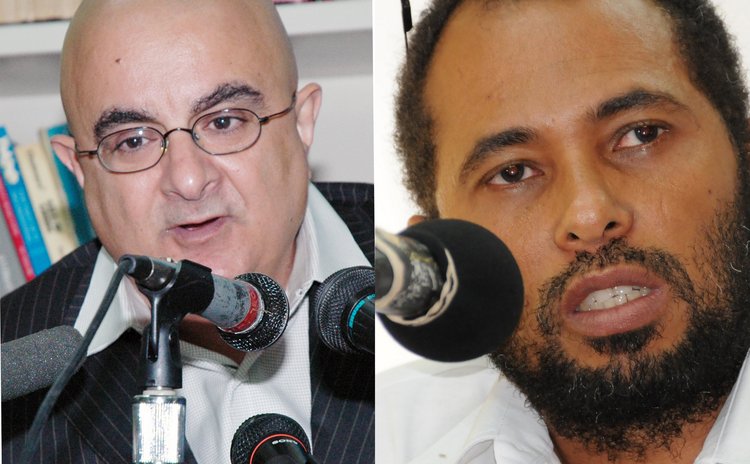 Senior counsel Anthony Astaphan, the leading spokesman and legal advisor for the ruling Dominica Labour Party (DLP), says the Roosevelt Skerrit administration has not violated the country's Public Procurement and Contract Administration Act by granting a British firm a contract to re-build the Roseau West Bridge.

"We are not in breach of the Procurement Act at all," Astaphan said on the State-owned DBS radio on Monday.

Astaphan spoke in response to a letter from the Joint Committee on the Construction Sector (JCCS) to the Government threatening legal action if Government did not respond satisfactorily by yesterday Monday.

He added that the response to the JCCS stated that there was a prior discussion and memorandum of understanding between the government and the company for the rehabilitation of Roseau including the West Bridge.

And secondly, Astaphan argued, the government had to act in the manner it did because of the devastation of the area caused by Tropical Storm Erika.

Last week Government and local contractors and engineers appeared to be on a collision course over a contract to rebuild the Roseau West Bridge.

After a verbal war over the last few weeks between the two parties, the conflict has escalated and may have to be settled by the High Court.

And in this high-stakes game, government appears to have been the first to blink.

"They have written to us asking us for more time and we have acceded and given them up to Monday May 30, 2016 or the matter will go to court and be decided by a Judge," said Anthony LeBlanc President of the Builders and Contractors Association of Dominica (BCAD) and Chairman of Joint Consultative Committee on the Construction Sector (JCCCS.)

At the heart of the problem is an EC$18.2 million dollar project allocated to NSG Management and Technical Services Limited of Barbados to demolish and reconstruct the Roseau West Bridge.

LeBlanc's group contend that Government short-circuited the tendering process at the expense of Dominicans who are qualified and capable of building the bridge and dredging the Roseau River.

On Monday, April 25 2016, the JCCCS made public, an open letter it said it sent to Prime Minister Roosevelt Skerrit concerning the awarding of the contract to NSG Management and Technical Services Limited of Barbados, worth approximately EC$18,182,437.35.

In the letter the JCCCS raised several concerns over the contract, one being that there are local companies with the experience for executing such a project; the group also raised questions about the estimated cost of the project.

"We have tried but have not been able to come up with the cost of EC$ 18.37 million for the works broadly described at the signing of the Contract. Judging from recent bridge costs of similar spans (160 ft), and catering for 1000 ft of retaining walls and drains, and 1200 ft of dredging work along the river, we have great difficulty in coming up with preliminary costs greater than EC$14.0 million, VAT included," LeBlanc said.

The JCCCS also expressed concerns about what they termed apparent inefficiencies in the procurement process and failures in procurement planning of the government.

"These seriously hinder the government's ability to use construction as an economic stimulant in the very depressed local economy we are experiencing at the moment," the group said.

At the 25 April press conference, LeBlanc refused to say what actions the group was planning saying only that "there are several ways to skin a cat." Last week LeBlanc confirmed that the JCCCS had hired a number of local and overseas lawyers to deal with the matter.

"We wrote to government, through our lawyers, a pre-action protocol letter saying that you have to meet the following demand or we are going to take the matter to court and we had given them up to tomorrow at 4:00 pm on May 25, 2016 to respond but we have gotten a response from them asking for an extension and so we have acceded and given them till Monday May 30, 2016 or the matter will go to court and be decided by a Judge," LeBlanc said.

Asked to give the specifics of the pre-action protocol letter LeBlanc declined saying "that is not ethical, we have written to them and will not disclose the contents of our demand letter."

The JCCCS consists of the Dominica Association of Professional Engineers (DAPE), Dominica Society of Architects (DSA) and the (BCAD).

The contract for the West Bridge Project was signed on Wednesday, April 13, 2016 and the ground breaking ceremony was held 22 April 2016.

The project, which was expected to begin on May 2, 2016, and to be completed by April 2017, is now on hold pending the outcome of this dispute.