Dominica is number three in the world in cancer deaths, a frightening statistic that must wake us up 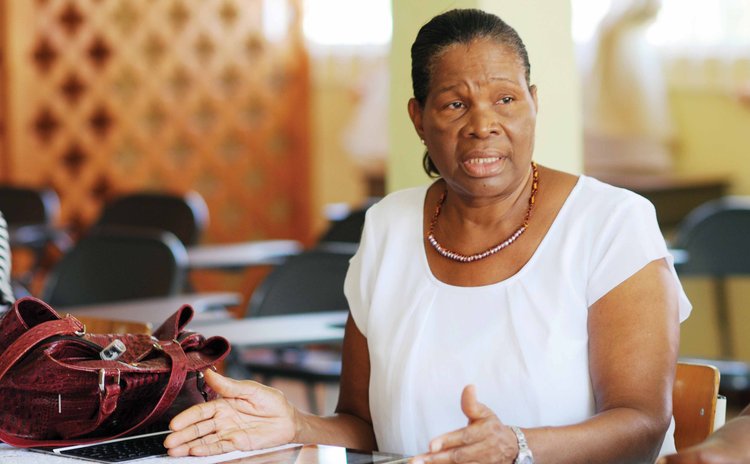 Dominica ranks third among cancer deaths in the world.

A report published earlier this month by the Journal of the American Medical Association (JAMA) Oncology ranks Dominica as having among the highest rates of cancer deaths in the world.

"If you are living in Dominica, you have an excellent chance of an early death from cancer," Kenneth Rijock, the rabid critic of the Roosevelt Skerrit administration, writes in his recent blog, "as the present government blissfully ignores the individuals who elected them into office."

The JAMA 2016 global cancer study of 195 countries found that Dominica has the third highest cancer death rate in the world, with 203.1 deaths per 100,000 of population, leaving it behind only Mongolia and Zimbabwe.

Dominica has the highest rate of prostate cancer deaths, with 54.9 deaths per 100,000 of population, a long way above the global average of 6.1, along with a death rate from multiple myeloma of 5.9 per 100,000, nearly four times the world average of 1.5.

The ministry of health is yet to comment on the report, and the Dominica Cancer Society is not in a position to confirm the ranking.

However, its president, Yvonne Alexander, says Dominica does indeed have a high rate of cancer deaths, attributed mainly to late detection.

"And because they may have it in an advanced stage, we do have individuals who die, sometimes within months of being diagnosed."

Even those who are cancer survivors become a little careless sometimes, leading to recurrence, she says. Many who have survived for a few years, she explains, "probably feel comfortable about having survived for a number of years and because of that they may not be as careful as they possibly can be with the prevention strategy which relies heavily on very good nutrition and exercise, rest and relaxation, and of course, your spiritual base".

"But the most important part of all this is the need for us to develop a culture of being screened annually so that if we are detected earlier we can be treated and survive and we can reduce the deaths," Alexander emphasizes.

"The problem is late detection results in there being almost hardly anything you can do when someone is detected with a stage three or a stage four. It is very late, it takes its toll on the body and even the treatment regimes."

The issue is further complicated by the fact that the treatment options here are limited and cancer patients often have to travel abroad for even the most basic treatment. Added to this is the high cost of such treatment, alongside the fact that most patients don't have the wherewithal or the necessary insurance coverage.

"Here in Dominica we do not have all of the treatments," Alexander tells The Sun, "there are some treatments that are available overseas, and the lack of health insurance and the [inability] of individuals to pay thousands of dollars for whichever treatment that you want to have, whether it's surgery, chemotherapy, radiation, which are the main, basic ones, it costs thousands of dollars."

Although the Dominica Cancer Society has been in the forefront of fundraising activities to assist cancer patients, many are still unaware, or afraid, of turning to the charity for help. Therefore, Alexander says, there are those who would simply do nothing after receiving a diagnosis, "because they are so overwhelmed and not even sure who they can turn to for help".

"They don't have the financial means, so all of that contributes to . . . the late diagnosis and the possibility of death," she says.

So while Alexander is unable to verify the JAMA Oncology ranking, she is certain "there are high incidence of deaths from cancer" here. High enough, according to JAMA, to place us among company we would rather not keep.