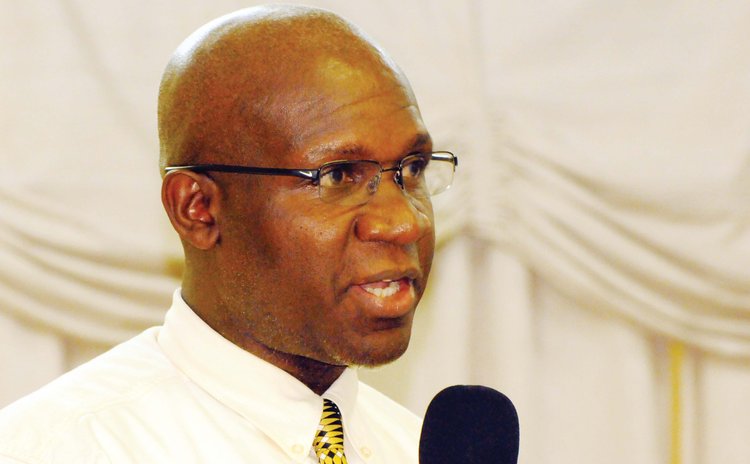 Psychiatrist Dr Griffin Benjamin supports arguments for the decriminalisation of marijuana, but maintains that there is a pathological relationship between the use of the plant and psychosis.

However, Dr Benjamin, the consultant psychiatrist at the Princess Margaret Hospital, explained that before he advocates for decriminalization, he would first want to assess the results of studies showing the impact in countries like the US where it has already been decriminalised in some states.

"So I support the arguments for decriminalising. But how it impacts on the societies like in the US, I would like to see the results of those studies.

"I am not going to call for decriminalisation until I know that the system in Dominica -- the social system -- can deal with people who use drugs and become affected. . ."

He wants to know if the system would be able to deal with them, as he put it, "differently than how we are dealing with them right now".

However, he believes cannabis should be studied extensively and developed in ways that are appropriate for medicinal use.

Describing cannabis as the most commonly used illegal drug in Dominica, Dr Benjamin added that it is also the most used by people with mental illnesses.

"We do not know that it causes [mental illness], but it makes it easier for it to happen....we can predict that when people use marijuana there will be an increase in the prevalence or incidence of psychosis.

Remarking that cannabis seems to be a drug that the mentally ill like to use, Dr Benjamin said its regular use is higher among people with mental illnesses.

However, it does not necessarily lead to psychosis, he pointed out. "But we know a young person's brain reacts worse to marijuana than [that of] an older person.

"Regular users of marijuana are more likely to have schizophrenia than people who never used marijuana," he disclosed.

However, he noted, "That doesn't mean there is a cause and effect relationship. It just means that marijuana is related to psychosis."

Dr Benjamin estimated that seven out of 10 persons he treats on a monthly basis come to the Psychiatric Unit because of cannabis use.

He pointed out that even if such persons have a history of schizophrenia, they would not have had to go to the psychiatric unit if they had not smoked cannabis.

Users who are not mentally ill may not reach the stage of psychosis, he said, but many become so demotivated and disorganised that they hardly progress physically and emotionally.

"The more they use drugs the more demotivated they become and more disorganised," he said.

Persons arrested for possession of small quantities of cannabis are deprived of their normal liberties and they end up with criminal records, which can affect various aspects of their lives.

But decriminalisation does not mean that cannabis can be used with impunity. Punishment can be meted out without a criminal record attached, he said.

Also, he does not believe that decriminalsation should make it legal to supply cannabis on a large scale.

Referring to comments about legalizing marijuana at a recent Dominica Labour Party meeting, Dr Benjamin said he is wary of such calls at political events, which might even be dangerous.

He expressed the hope that Dominica does not move to tribal politics, like some other countries in the Caribbean where there is a symbiotic relationship between cannabis users and the Government.

He said he hopes Dominica never comes to that point where politicians will support legal use of marijuana to induce the Rastafarian community to remain loyal to a government or to a party.

If so, the result will be a tribal state where there could be no meaningful discussion on the subject, he warned.