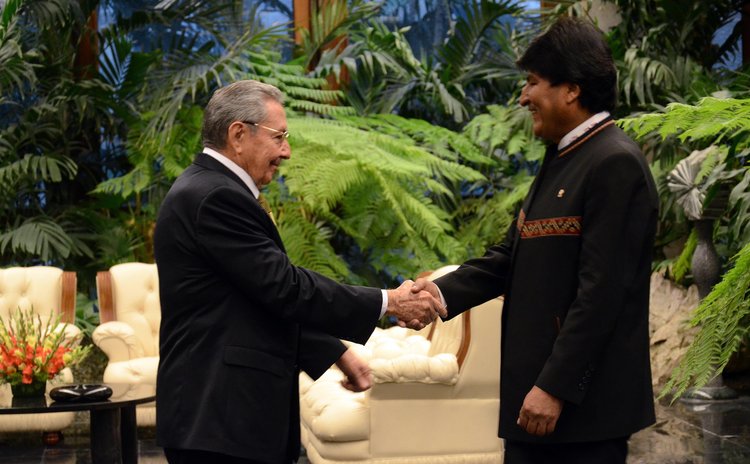 The prime ministers of Saint Vincent and the Grenadines, Ralph Gonsalves; Dominica, Roosevelt Skerrit; and Saint Lucia, Kenneth Anthony, expressed here their commitment to the integration efforts made by ALBA-TCP.

These leaders are attending the 13th Summit of the Bolivarian Alliance for the Peoples of Our America-Peoples" Trade Agreement (ALBA-TCP), being held on Sunday at Havana's Revolution Palace.

Upon arriving at the Jose Marti International Airport on a shared flight, the Caribbean statesmen noted the achievements made by ALBA-TCP after a decade of unitary efforts, as well as the leadership of its founders, the historic leader of the Cuban Revolution, Fidel Castro, and late Venezuelan President Hugo Chavez.

They also expressed their solidarity with the Cuban Revolution and condemned the United States economic, commercial and financial blockade of Cuba.

Haiti will be a special guest at the summit, at which Saint Kitts and Nevis and Grenada are expected to become official members of the regional bloc. (Prensa Latina)