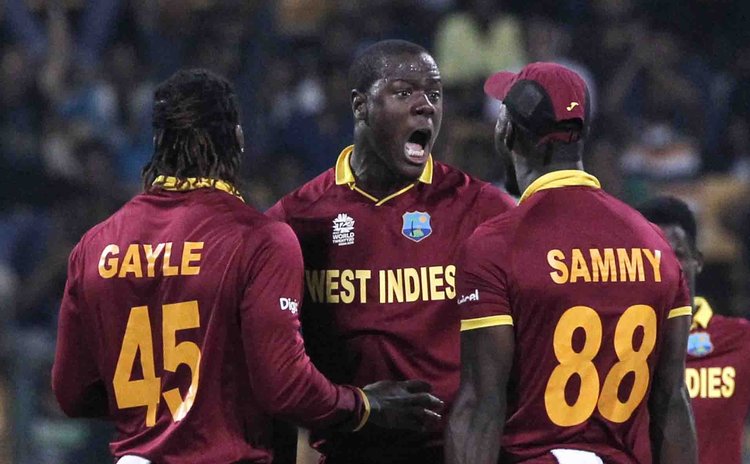 Braithwaite, centre, with Gayle and Sammy

"The all-rounder who smacked four sixes in the final over of the WT20 finals in India against England to lift the title is the man who has been recommended by the West Indies senior selection panel for the top job. The West Indies Cricket Board (WICB) is more than likely to approve the choice of Brathwaite", the website said.

The WICB and Board of Control for Cricket in India (BCCI) recently agreed on playing two T20 matches in Florida at the end of the current four-Test series.

Brathwaite has little or no experience as a leader and the WICB will hope that he can quickly learn the tricks of the trade with the next WT20 carded for 2018 in South Africa.

The West Indies is likely to be without many of the players who played at the WT20 in India for the upcoming two matches in Florida, as the selectors want to build a new team with younger players.