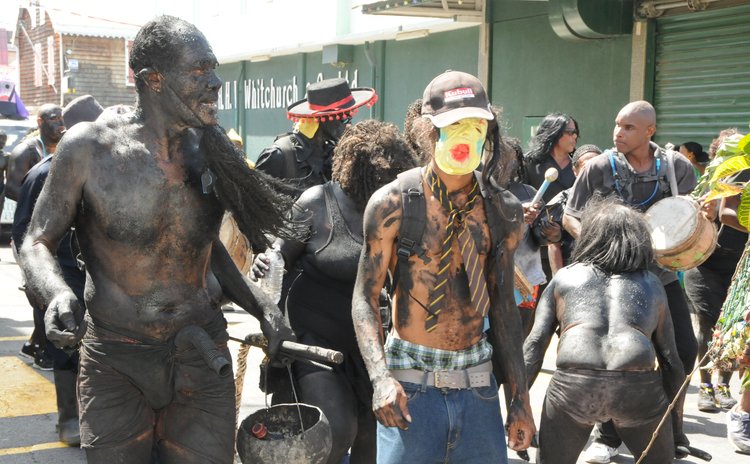 Talk to real carnival lovers and you get the sinking feeling the Real Mas is in real danger.

Listen to them long enough and you'll conclude that the world's "most spontaneous carnival" is also the world's most skeletal carnival.

Search their souls and you'll discover an uncomfortable resignation that Dominica's carnival is sick. Gravely ill.

"Carnival is on life support," one person with a long history of involvement in the country's premier festival told The Sun, with more than a touch of regret.

"We need a carnival revolution," added the carnival lover who requested anonymity because of his current position in the public sector,

This disturbing diagnosis is pervasive among many who have expended much energy over the years in trying to keep alive this critical aspect of Dominica's culture. Their number of years of service vary from a decade or two to several decades.

"I'm not saying that it is dead, but it is not alive and kicking," said Alex Bruno, who has been a master of ceremonies at calypso shows for many years.

Randy Aaron has witnessed the deterioration of the event over the past five decades. He recalls the big crowds on the streets of Roseau, the energy, the spectacular costume bands, the variety and the verve. And while he does not speak about the festival in such morbid terms, he, too, knows its health has taken a turn for the worse.

"I really think it has declined from the days of the 60s and the 70s," he told The Sun in a telephone interview. "It's sliding down, eh. It's going down slowly."

Despite the grim diagnosis and concerns of the absence of a sanative environment, there is at least a sense that they know the cause of the malady.

"It has a lot of dead weight," Bruno said, echoing a prognosis expressed by another source.

They both spoke about the need to breathe new life into the festival by bringing in new blood, and of staleness in its organization. Too many of the people involved have been around for much too long and are bereft of ideas, the argued.

"The organization of carnival is cliché," Bruno observed. "For the past 20, 30 years carnival has been under the same names or people under the influence of the same people. We need a revolution…carnival is like a boy's club."

One person who asked that he not be named because of his continued involvement, was even stronger, while sticking with the morbidity theme.

Aaron on the other hand believes the decentralization of the event is leading to its demise.

"Everybody use to come to Roseau for carnival – now everybody has a carnival. The impact we had on a carnival Tuesday we don't see that no more . . .Another factor that has disappeared is that prior to Monday and Tuesday we had the Serenal. All of these things are disappearing. The steel bands have disappeared, maybe because of economic circumstances," he told The Sun.

Lamenting the loss of the costume bands and the rise in T-shirt revelling, Aaron called on Government to put more resources into carnival. He also wants a return to the old mass and a revitalization of J'ouvert to make it a real spectacle again.

"You create something that the tourists will want to look at. You sell it as a portrait of your carnival. Until we go down it that direction the carnival will remain drab."

The commercialization of carnival is also seen as necessary, with Bruno calling for it to be "its own entity", while the source who sought anonymity suggested drastic measures.

"Just offer the carnival out for bid, or segments out for bid and what the DFC must ensure it that all the shows are held at the Village. The DFC [Dominica Festivals Commission] doesn't have the resources – man, mind or financial," he contended.

Bruno also raised the perennial issue of the date, arguing that carnival ought not be 'pigeon-holed" to the church calendar.

"For us to do something meaningful about carnival in Dominica we need to move it," he told The Sun.

But the date is less of an issue for Aaron, who prefers to concentrate of the quality of the product.

"The commercialization of our old time carnival fused into tourism with all of us involved at a time when the tourists are here is a more viable option that moving the date," he argued.

The general feeling among the carnival lovers is that the vital signs of the Real Mas are not good and that emergency surgery is needed. Otherwise, it is in real danger of expiring.