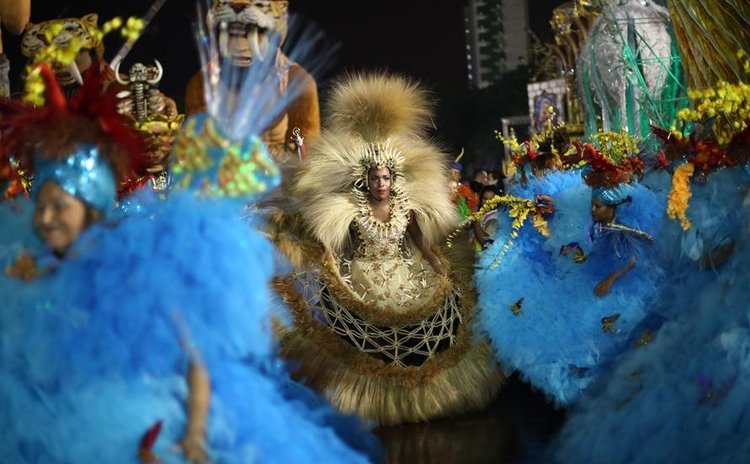 The carnival began with the symbolic handover of the keys to the city from the mayor to King Momo, a joyful character who will be in charge of the celebration over the next five days.

The parades started in the Sambadrome, a 720-meter avenue that can hold up to 72,500 people, and will end in Apotheosis Square, where stands a famous sculpture resembling the feminine forms of the queens of Carnival.

Each one of the participating samba schools brings together 3,000 to 5,000 musicians and dancers.

The main parades are set for Sunday and Monday night, which feature a competition among samba schools which will stage a unique somba piece for the champion.

The jury will judge each performance on numerous aspects, such as the originality of the music, the costumes, the floats, the skill of the dancers and the harmony of the ensemble.

Elsewhere in the streets of Rio de Janeiro, parties known as "blocos" unfolds, where groups of travelling musicians and floats attract hundreds of dancers.

The blocos almost disappeared in the 1990s, during a time of deep economic crisis and rampant violence in Rio de Janeiro. However, they revived in the 2000s and have enjoyed a wider appeal since then.

Around 500 blocos will take to the streets of the city, offering residents and visitors a free tastes of the festivities, albeit far removed from the Sambadrome where tickets can cost thousands of dollars.