A Roseau magistrate has dismissed the case of obstruction, during the 7th February UWP meeting, against Claudius Sanford 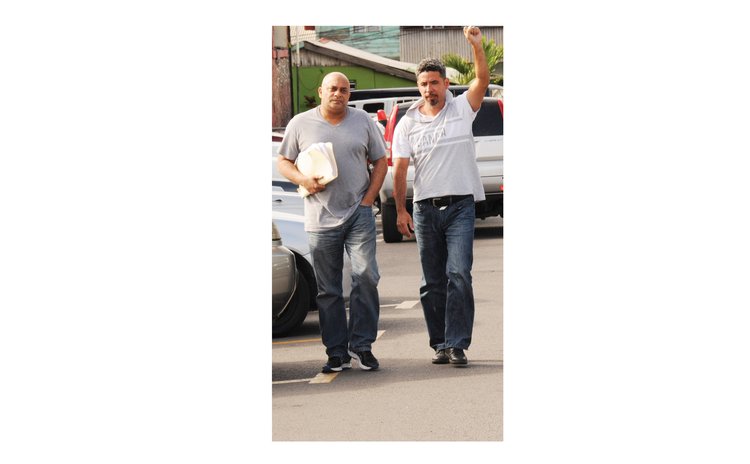 The charge of obstruction against Claudius Sanford, the former United Workers Party (UWP) deputy leader has been dismissed. When the magistrate court heard the case last week the prosecution decided to offer no evidence.

The matter came up before a Roseau Magistrate on April 28, 2017; Sanford was represent in court on that day by lawyer David Bruney.

Police had arrested Sanford, a Dominica State College (DSC) lecturer, at his home in the early morning of February 15, 2017; afterwards he spent more than ten hours in police custody.

Sanford was part of a UWP protest meeting held on Kennedy Avenue on 7 February. Later that day, many hours after the meeting was over, rampant youth rioted on the streets of Roseau, burning and smashing store windows.

A day after, Prime Minister Roosevelt Skerrit told the nation in a radio address that the UWP had allegedly orchestrated a plan to overthrow his government by driving a truck carrying speakers from the meeting into the Financial Centre. The police has not been able to prove that allegation. Earlier, a group of persons at the meeting had prevented the truck from being driven down Kennedy Avenue, in a direction that the police had instructed. Lawyer Gildon Richards who was part of his legal team during Sanford's detention at Police Headquarters described Stanford's detention as "the most patent witch hunt that I have even seen."

"Mr. Sanford was picked up this morning February 15, 2017 on an allegation that he had subverted the government's process and therefore he was arrested on suspicion of that. By the time that we got to police headquarters and the interview was over, Mr. Sanford was being told he would be charged with obstruction," Richards said. "The question is obstruction of whom? He was then told that he would be charged with obstruction of superintendent Cuffy. Which Cuffy? Superintendent Matthew Cuffy…who is Superintendent Matthew Cuffy…the head of the Criminal Investigations Department (CID).Who preferred the charge? A woman corporal of police not the superintendent who was said to have been obstructed."

Other members of the opposition UWP and the Dominica Freedom Party who participated in the meeting were also arrested and released. Sanford and his legal team say that they are now in the process of filing documents to sue the police for wrongful arrest.