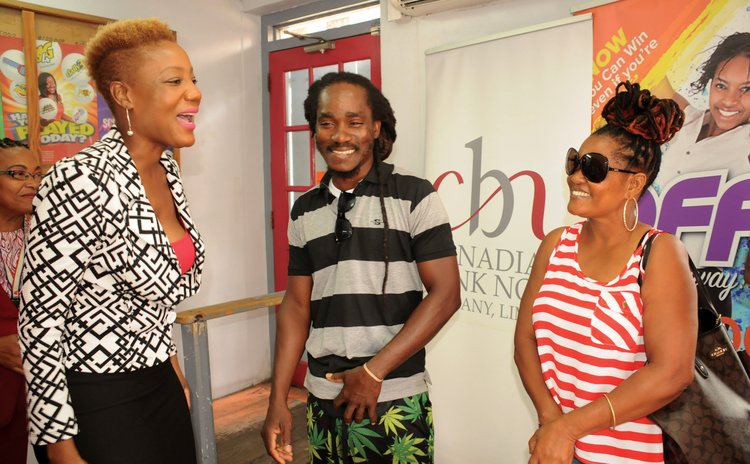 That's what someone asked a serious-face Garvin Laville of Castle Bruce at the cheque-handing-over ceremony last week at the Dominica National Lottery where Laville won EC$450,000 in the Super Six game, the largest win by a Dominican in the sub-regional game of chance.

"I smiling inside, inside," he answered, smiling like a man who usually keeps his emotions in check. Or maybe he had worn out his smile by smiling broad and long since he learnt he had become an almost-half-millionaire.

Super 6 is a combined initiative of the Windward Islands -St. Lucia, St. Vincent, Grenada and Dominica. The game carries a jackpot of EC$200,000; that is the minimum amount a player can possibly win on an EC$3 ticket after matching six numbers from 1-28 to win the jackpot.

"A number just come in my mind," said Laville who has been playing the game for many years.

He said he will use his winnings to "take care of my Mama", send his child to school and since he's a farmer he may invest some of the money he won on his farm.