On the advice of Rome, Bishop Malzaire issues a decree dismissing Father LaFleur 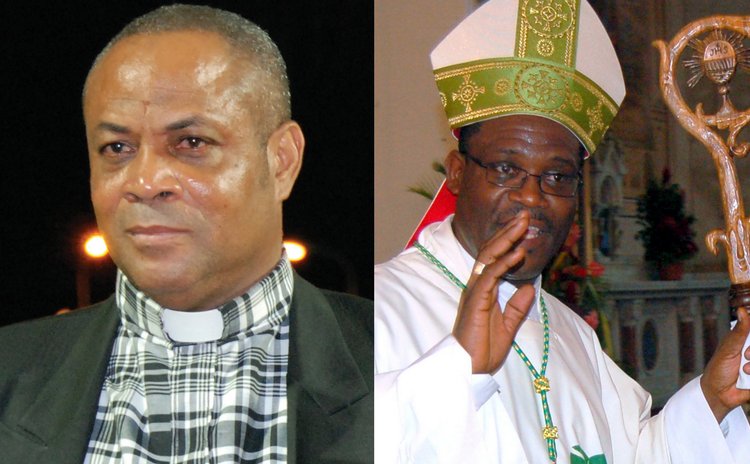 Monsignor Reginald LaFleur, 60, the Dominican Catholic priest accused of touching a young parishioner inappropriately 19 years ago, has been dismissed from the priesthood.

Having reviewed the evidence before it, the Congregation of the Doctrine of Faith, the office in Rome which deals with those matters, has asked Bishop Gabriel Malzaire of the Diocese of Roseau to issue a decree dismissing Monsignor LaFleur. Bishop Malzaire issued that decree on November 6, 2014.

Two years ago Bishop Malzaire sent LaFleur on administrative leave after a woman accused him of touching her inappropriately on her "bottom and breast" and made "sweet eyes" at her when she was a 12-year-old parishioner. The woman made the accusations against LaFleur in a series of letters to Bishop Malzaire who subsequently sent the accuser to Trinidad & Tobago for counseling while a local church panel in Dominica investigated her allegations.

Unable to reach a decision, Bishop Malzaire asked Rome to step-in because the church in Roseau cannot deal with the issue. "The situation regarding Monsignor Reginald LaFleur and the allegations of sexual abuse of a minor has caused much pain to everyone let alone the accused and the alleged victim," Bishop Malzaire said then in a statement. "The Diocesan Review Board which has been looking into the matter for practically a year now has concluded that the case is beyond our competence and, therefore, according to the laws of the Church, needs to be referred to the Congregation of the Doctrine of Faith, the office in Rome which deals with those matters for a decision,"

In a prepared statement issued last week on the LaFleur issue Bishop Malzaire said: "You are aware of the allegations that were brought against Msgr. Reginald LaFleur almost two years ago. After a Diocesan preliminary investigation, the case was forwarded to the Congregation for the Doctrine of the Faith which has exclusive competence in these matters. The Congregation having reviewed the case authorized the Diocesan Bishop to proceed with an Administrative Penal Process.

It continued: "After forwarding the judgment of the assessors and the canonist who led the defense on behalf of the accused to Rome the Congregation of the Faith authorized that the penalty of dismissal from the clerical state should be imposed on the accused cleric. The accused cleric was informed of the decision and the imposed penalty on November 6, 2014. He was also informed that he had 60 days in which to appeal the decision to the Congregation for the Doctrine of the Faith."

In an exclusive interview with the Sun last Thursday, Bishop Malzaire said: "I am sure that one will appreciate that this is one of the most difficult things that I have ever had to do in my life as a Bishop and priest. I have always thought that the real key to leadership is decision making and sometimes decisions are very difficult and a very lonely experience especially in such a situation where nobody wants to be in such a situation where a brother comes to such space in his life."

He continued: "I would also say that it is one of the most excruciating pains that I have gone through in my life and it still remains so because, it is something that affects individuals, communities also the church locally and regionally. I always refer to the text of St. Paul in 1st Corinthians when he says when one part of the body is hurt, the whole body is hurt. So anything that happens in a negative way in the church it affects everybody. There is no victory in that, there is no joy, and it's only pain. We know how much universally the church has been hurt in matters of that sort and the reasons why the church is taking the stance in matters of that situation. So any and every time it happens in any quarter it is painful so there is really no joy in the matter."

La Fleur holds a doctorate (DMin) from the Catholic University of America, Washington, D.C. He defended his thesis on October 20, 2010.