Catholic Church on Carnival Costumes: "Our women are being reduced to objects of pleasure" 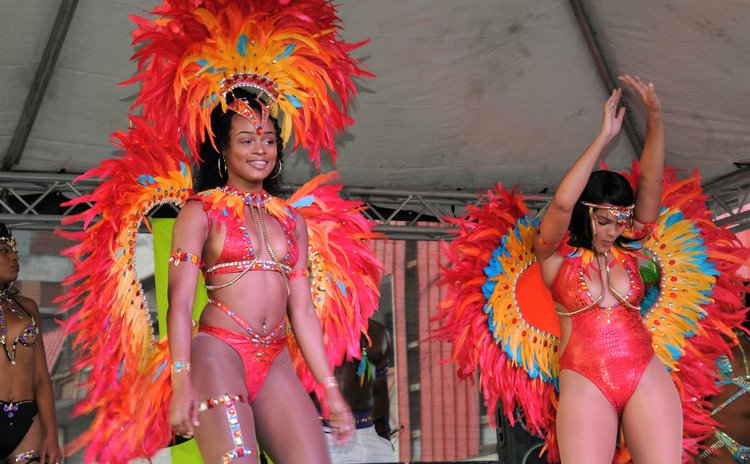 Performers display costumes at the opening of carnival 2018

In a pre-carnival press statement entitled "Cultural Expression of Our Culture with Dignity", the Diocesan Family Life Commission of the Roman Catholic Diocese of Roseau said yesterday that the "the festivities have been used by the unscrupulous as a cover for criminal and immoral behaviours".

The statement added: "Carnival has also been known to fan the flames of immoral expressions in our people. A little yeast reflected in the skimpy costumes can cause the whole dough of immorality to rise. Unguarded, the immoral behaviours of a small segment of the revellers can poison the whole society, and the beauty of the artistic expressions of carnival festivities can be reduced to showcase behaviours not normally prevalent in our society".

The FLC said although carnival is a significant part of Dominica's culture, which "reflects the diversity and richness of various art forms of the people, in its expressions of joy and festivity" it is also a as a "barometer for measuring segments of society's moral status".

"Carnival has also been known to fan the flames of immoral expressions in our people'" the statement continued. "A little yeast reflected in the skimpy costumes can cause the whole dough of immorality to rise".

And unguarded, the statement continued, "the immoral behaviours of a small segment of the revellers can poison the whole society, and the beauty of the artistic expressions of carnival festivities can be reduced to showcase behaviours not normally prevalent in our society.

"We seem to be moving away from the rich diversity, colour and artistic ingenuity of the foundational bands such as Carnival Corner, Thunderbirds, Ole Time Sake and even more recently the Stilt Walkers, towards a simplified skimpiness governed by anatomical details of our women.

"We are particularly concerned and horrified by the excessively revealing nature of some of the costumes promoted and presented by some bands. The recent promotional photographs that we have seen of these costumes do not seem to leave much out of presenting nudity in our carnival as a costume in itself.

"Our concern is the formational impression of our young men and women; that beauty in our ladies is synonymous with maximum and detailed exposure of the body. Are we reinforcing the fallacy in our young men that women only have beauty when they become an object of sexual enticement or pleasure? In their quest for attention from their male peers, will our young girls soon believe that they need to be even more exposed to be noticed? Our women are being reduced to objects of pleasure."

The statement added: "The objectification of women can be the seed out of which moral decadence grows. Once women are reduced to objects, the values of people are reduced further to objects of pleasure and profit by the "power class". The "sexual trade" becomes more commonplace, our society becomes more chauvinistic, and the value and power of women become synonymous with sexual appeal. Our children, from a young age, also become objects of sexual exploitation and trade. We fear that child sexual abuse in both girls and boys will no doubt increase, even as it is already at alarming levels.

"Unfortunately, our carnival is being used to enlist our own women themselves to become the avenue by which they are further reduced to objects and the degrading of our society. It is ultimately an attack on family life".

The Church concluded that "The Commission is calling on the Christian segment of our populace to bring back light and salt to the artistic expression of our carnival by presenting themselves in attire that is devoid from nudity and otherwise objectifying our people. We are to be Christ-like in our cultural expressions and not be a source of temptation for others".