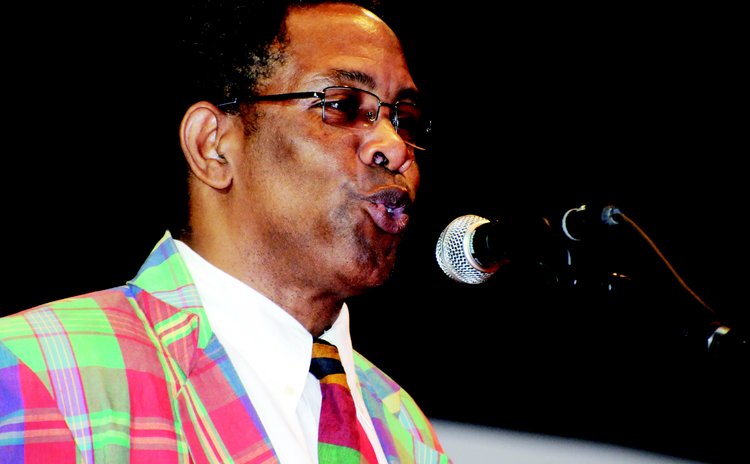 Let's count the hats that Cecil Joseph has worn: Mayor of Roseau; top member of the Dominica Labour Party (DLP); candidate for the DLP for the Roseau North Constituency seat in 2000; acting General Manager and Sales & Marketing Manager of the state-owned Dominica Broadcasting Services, popularly known as DBS Radio. Now, Joseph is putting on a new and bigger hat: manager of DBS.

"All I can say to you is that I have been asked by the Chairman of the Board to remain in the post. I can't say for how long since I have not yet received my letter," Joseph disclosed to the Sun last week.

Since the departure of Brian Meade, DBS has been searching for a fulltime manager. Shermaine Green Browne, the Programme Director (who has not accepted an offer of the post of manager) has been acting in six-month stints, followed by short periods of vacation leave. Joseph, along with another senior staffer, Felix Henderson, has held on in Green-Browne's absence. Joseph took over the position of acting manager from 1st-30th September 2014 but on her return on October 1, 2014, Green-Browne was told to return to her original post.

"I have been working DBS for 24 years and a half and if I am asked to take the job of manager I will gladly accept it. I am ready for the task ahead, it's a political environment, then (there's) Christmas and Carnival; there's a policy to guide the Nation's Station," Joseph said. "I am a practical person; I respect authority; I have seen managers come and go and seen how they have operated. My job as manager will be to guide the board to implement plans and programmes…I have the ability, experience, intelligence and capabilities for the job and I love DBS."

Joseph dismissed suggestions that his appointment is political and that he may play a crucial role for the DLP during the current election campaign.

"I have been a supporter of the DLP all my life; I could have been manager in 2000 but I have always believed that nothing happens before its time," he said. "There's a policy, rules and regulations to guide the Nations Station. It's not about emotions and views on the streets, it's what is correct. And so, whether we are in a political period or not, people must look at Cecil Joseph and his ability on the job to make DBS viable…you will see who Cecil Joseph is."

Among his plans, he said, are to renew the energy, confidence and hope in the staff.

"Staff can sometimes feel stifled, but you have to hear them and I am the mediator between the staff and the board. Staff is important and we have to make them feel so,' he said.

He continued: "We have some plans and programmes to implement; our news is exemplary, factual and accurate, we are not competing for first place, we want to be at all times accurate."

Joseph, the Sun understands, has been given a six-month stint effective October 1, 2014.

Mervin Paul, the director of the Government Information Service and major DLP supporter, was originally touted to replace Meade at DBS.