Celebrating the life of Chris Seraphine 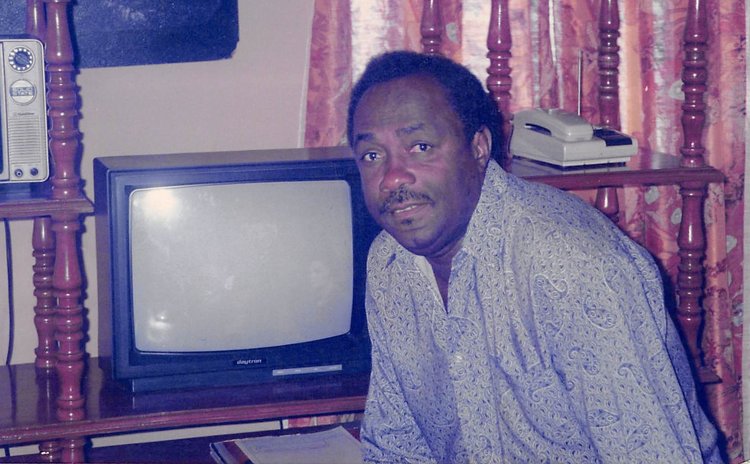 Christian Joseph Ricardo Seraphine, affectionately known as 'Chris' to family, friends, acquaintances and all those who encountered him in one way or another, was born in the village of Soufriere on May 12, 1943 and was the only child of Leila and Whitney Seraphine. His mother who was an accountant and school teacher was popularly known as Teacher Leila.

The years following his graduation from the Dominica Grammar School, Chris proved himself to be a very versatile individual who took pride in whatever he had set out to do. His multitalented skills enhanced his capacity to advance his voluntary community involvement which enabled him to make meaningful contributions in one way or another to his country.

Indeed, in the field of education, Chris started a teaching career at the Soufriere Primary School of which he boasted of his memorable mutual relationship with his students. Later on, he pursued a successful stint as an insurance salesman and trainer in the region which took him to St. Vincent where he met his charming wife Claudine.

Well known for his artistic skills, Chris produced fine drawings, paintings and signs. As a journalist, he was a columnist for the Dominica Chronicle from the seventies and later on for the Sun Newspaper. For several years, he served with distinction as the accountant for the local firm Bello Products.

At one time he was the host of a programme dubbed 'Oldie Goldies' aired on DBS Radio in addition to co-hosting the 'Children's Programme' on the said radio station with his wife Claudine.

Chris was also in the music business and wrote Calypso for calypsonians 'Mighty Beggie', 'The Weapon', 'Starrow' and 'Superior Picky'. He was himself a calypsonian known as the Mighty Wizard in the seventies. He was a co-founder of the Roving Calypso Tent from which several calypsonians emerged including Dominica's first woman calypsonian. He was also instrumental in the process of laying the groundwork to obtain better recognition and remuneration for Dominican calypsonians.

In the Seventies also, Chris released a popular single record entitled 'Down at the Bay' under a French label in Guadeloupe. He is also the author of the Calypso 'Mi L'homme Ka Bat L"homme', recorded by Exile One band. Chris was instrumental in the creation of the Soca music when along with Lord Tokyo he assisted Shortie of Trinidad in writing the first Soca song 'Dominican Woman'.

Last but not least Chris was an author. He wrote three books including 'Fatal Extacy'. His last book, 'Vanner of Death' is expected to be published shortly.

Chris passed away quietly on Sunday 19th February 2017 at the Princess Margaret Hospital and many people will greatly miss him.

He leaves to mourn his wife, two children, his mother, one brother, two sisters, his in laws, many relatives, friends and acquaintances.