Environment Health officials have ordered the closure of the Massacre cemetery 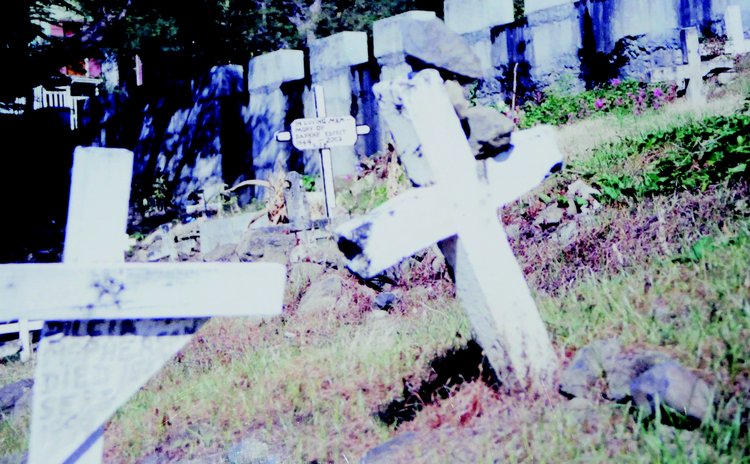 Dust to dust; ashes to ashes; earth to earth.

That's what we hope bodies in graves will become before they are dug up again. Apparently, managers of the Massacre cemetery cannot wait for dust to become dust and they were digging up partially decomposed bodies to bury new ones. Officials of the Environment Department will have none of that so they closed the cemetery for seven years.

Environmental Health officials have confirmed that they have written to the Ministry of Community Development requesting that the cemetery at Massacre must be closed in the best interest of public health.

The cemetery is the burial ground for Catholics in Mahaut, Canefield, Massacre and surroundings areas and according to environmental health officials the use of that burial ground over the years has been "poorly managed" posing a serious health hazard to persons in that community.

"We have met and also written to the village councils in the area, the funeral homes, the church and also the parliamentary representative and have had several discussions with them on the matter…we have also issued letters requesting that the cemetery be closed but they are not adhering to our instructions," a health official with knowledge of the situation told the SUN.

According to the official, "they have dug up graves which are not ripe for digging because of the space issue; also most of the graves are not properly marked which also poses a serious health risk. The cemetery needs proper management. Because of the space situation, they have now resorted to burying people above the cemetery, above the road and the recent rains have caused that grave to sink."

For many years, the Massacre community has been faced with this issue of inadequate burial space prompting a local businessman to donate a parcel of land to be used as a burial ground but poor drainage there is worrying. Additionally, the cemetery has to be shared between "Catholics and Protestants which is of concern to both sides," the health official stated.

"We are at a standstill with this land matter for the new burial ground. There are lots of issues which need to be settled and we were hoping that at least in the meantime it could be used since that area has a very high death rate," an Environmental Health official told the SUN.

Chief Environmental Health Officer Anthony Scotland confirmed that two weeks ago he wrote to the Minister of Community Development asking her to issue an order stopping burials at the Massacre Cemetery.

"Call the Ministry of Community Development on the matter," he said. "We have written to them over two weeks ago and expect them to issue the order…this cemetery needs to take a rest for a few years."

Parish priest for the St. Ann's Catholic parish, Fr. Franklyn Cuffy, told the community of the closure of the cemetery during mass a few weeks ago. The SUN made several calls to his cell phone over the past days but received no answer.

Meantime, environmental health officials who a few years ago expressed concern about the usage and management of the Pointe Michel Roman Catholic Cemetery say they are now satisfied with its management.