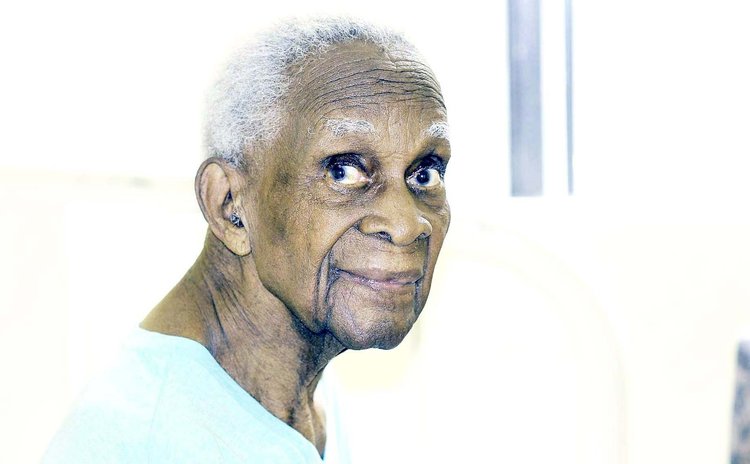 Had it not been for his uncle, the late Rueben Hesketh Casimir, Bing Casimir, better known as Swinging Stars' iconic trumpeter says that he would have never found his calling in music and the world would have never been exposed to his great talent.

"He was like a father to me because my father wasn't in Dominica and he was the one taking care of me. He sent me to school and most importantly taught me to play the trumpet and for that, I am eternally grateful," he told the Sun following the passing of his loved one.

On Saturday, July 30, the dreaded COVID-19 virus claimed the life of Hesketh, who is best known for his extraordinary service to Dominica through the Music Lovers Government Band that he helped create in June 1951 and led as Band Master for more than 36 years.

Speaking of the type of person his uncle who died at the age of 103, Bing recounts that was a strict no-nonsense kind of man who had a true passion for music.

In good health, until Covid struck

Speaking to the Sun on his 100th birthday in October 2018, Hesketh was still blessed with perfectly good health.

However, since then, his nephew disclosed that the musical icon lost both his hearing and eyesight but kept in good spirit nonetheless

During the previous interview with the Sun, the late centenarian disclosed that one of his many regrets was his failure to influence successive Governments of Dominica to allocate a permanent venue for the Music Lovers Government Band for practice and to store its musical instruments. For decades the band practised at his home.

In light of his passing, Bing is hoping that a government band house can be built in Dominica and named after his uncle who received the Sisserou Award of Honour in 2000 and the Meritorious Service Award in 1973. Self-taught musician

As a young boy, Hesketh who was born on Hillsborough Street, Roseau attended the Maria Casimir preschool followed by Roseau Boys School at Newtown and then the Roseau Mixed School. Because his parents Roselia Nicholas of Roseau and Wilfred Casimir of Trafalgar, were poor it was unlikely that he would attend the Dominica Grammar School until the Catholic Church directly entered the business of providing secondary education.

The late Frank Baron, the first premier of Dominica, was his schoolmate.

After leaving school Casimir's first job was with T. D. Shillingford, a variety store; then he was employed by the CDC, the precursor of DOMLEC, the producers and distributors of electricity before starting his own store selling books, magazines, and stationery on Cork Street, Roseau.

Hesketh's association with music began when he was a member of the Casimir Brothers, a band involved in playing at dance events "all over the place", Hesketh said. He played the saxophone. But most significantly, he taught himself music and did not attend music school.

When World War II began, Hesketh joined the Dominica Defence Force but he did not actually engage in battle.

As a young man, he exercised by playing cricket and football with persons like Oscar "Popeye" Joseph, himself a centenarian, in the mouth of the Roseau River then known as the Boushwe.

Over his decade on earth, he married twice and had two daughters, Roslyn and Rene.