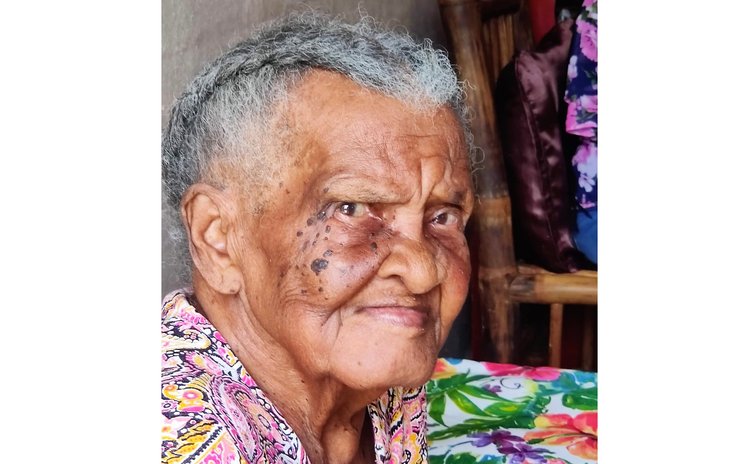 Just three days after being celebrated by the nation on Centenarians Day, Dominica has lost one of its gems, 100-year-old Angelic Lavinier. Born in the vibrant community of Grand Bay on 23 November 1920, the former cook also worked as a labourer on the Melville Hall and Geneva estates in her younger days. She passed away on Sunday, September 25, 2021. Dominica, which is said to have the highest number of centenarians per capita in the world, in March of this year increased its tally of living centenarians to 27, but sadly within the past few months five, including Lavinier, have passed on.

Prime Minister Roosevelt Skerrit has announced that his government will soon decide on the date to end the free testing for COVID-19 after indicating that some people are taking the tests as a means of not getting vaccinated. "Let me say to all of us in Dominica, you see this free testing we are doing now where businesses have said to their employees you either get vaccinated or you get tested [every] 7 days, at some point they would have to pay for the tests," Skerrit said. He continued, "This thing about drive-through and going to the stadium and going to these health centres and free testing every 7 days or 14 days, you are going to have to pay for these things." He further highlighted that the cost of the free testing is borne by the taxpayers and one which the government could avoid "and could benefit all of us." As of October 1, 2021, the total number of tests conducted is 75, 708.

Regional telecommunications giant Digicel will require all employees, including those in Dominica, to provide proof of full or partial vaccination or a negative Polymerase Chain Reaction (PCR) test every 14 days to continue working at the company. This new mandate will affect more than 4,000 Digicel employees across the Caribbean and Central American region. In a September 29 letter, the Chief Executive Officer (CEO) of Digicel's offices in the Caribbean & Central American region, Olivier Coughlan, said that proof of vaccination status should be provided to the company's respective Human Resources (HR) departments by the close of business day on October 15, 2021. According to the letter bearing the CEO's signature, if an employee is unvaccinated, they "will be required to submit a negative PCR test result taken in the preceding 72 hours every two weeks to HR". The company further said the test will be done at the employee's expense and the Antigen test will not be accepted. Digicel has also expressed that it is aware of the legal positions in some markets and it will deal with the issue on a case-by-case basis and further announced that its policy was designed to protect the "lives and livelihoods" of all its employees and customers. The company also used the letter as an opportunity to urge its unvaccinated staff to get vaccinated.

Cabinet has approved further amendments to the Environmental Health Services (COVID-19) Regulations S.R. & O 26 of 2021 which took effect on September 29, 2021. Under the new Order, businesses that are currently allowed to operate are allowed to remain open from 6:00 a.m. to 11:00 p.m. daily. Proprietors of gyms, bars, gaming establishments, and restaurants are reminded to strictly adhere to the health and safety protocols, including physical distancing, sanitizing of hands, wearing of masks and other protocols published by the Chief Medical Officer. According to the statement from the cabinet office, the public is reminded that bars are only open for purchase or pick up only and that there should be no music or congregating on the premises. The Order further stated that nightclubs remain closed and restrictions on social activity remain in place. Private parties which include any person from outside of the immediate household of the house occupant, recreational or competitive sporting events, any social events or meeting of a fraternal society, private or social club or civic association are prohibited.

October 1, 2021, marked the 21st anniversary of the passing of Dominica's former prime minister Roosevelt Bernard "Rosie" Douglas, who was found dead on the floor of his residence in Portsmouth eight months after being elected to office. Grieving citizens were taken aback by the sudden death of their Prime Minister, who hours before had returned home from an extensive overseas trip that included visits to London, Australia and Africa. He was 58 at the time of his passing and four days earlier family members reported that a doctor in London had given him a "clean bill of health".