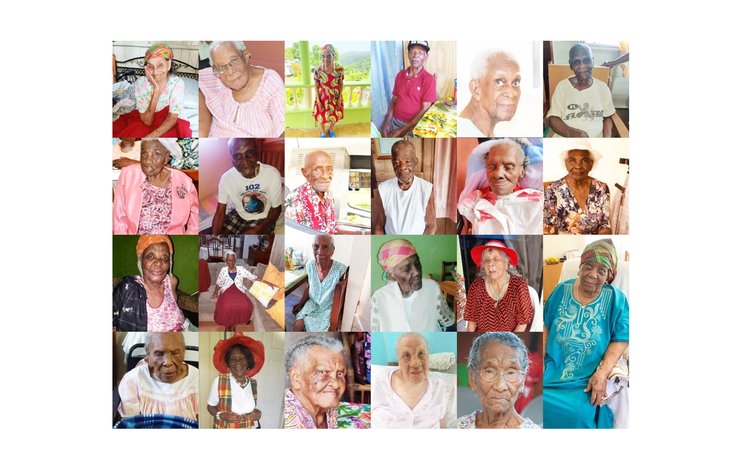 With Dominica having the highest number of living centenarians per capita, the Dominica Council of Ageing (DCOA) has on September 23, 2021, dubbed the day as 'Centenarian's Day.' The events formed part of the ongoing month of the elderly which is being observed under the theme 'older persons- embracing the digital age.' To date, Dominica has 23 living centenarians, six males and 17 females, whose ages range from 107-100 with Elizabeth Auguiste better known as "Ma Willy" of Crayfish River who was born on 21 March 1914, as the oldest.

With the first batch of 11, 700 Pfizer's vaccines arriving on the island on September 21, 2021, government officials are confident that this will augment Dominica's vaccination drive and help the country achieve herd immunity. Deputy Chief of Mission of the United States Embassy for the Eastern Caribbean, David Schnier said that this initial tranche from the 46,800 dozes of Pfizer vaccines which Dominica is expected to receive forms part of a $5.5 million donation by the government and people of the United States of Pfizer vaccines to the CARICOM community. Last week, the ministry of health and wellness commenced the rollout of the Pfizer vaccine for all adults and announced that children between the ages of 12-17 will be able to receive the vaccine on September 27 at their respective schools or health centres. Thus far 23,655 people have taken the first dose of the vaccine while 21,095 have received their second dose.

This past week, the nation experienced its worst week yet since the start of the COVID-19 pandemic as the death toll climbed to double digits. Though much information has not been provided on these individuals, as of Saturday 25 September, a total of 14 people have been confirmed dead as a result of the virus. According to National Epidemiologist Dr. Shalauddin Ahmed, all of these individuals were unvaccinated.

Following a nearly two-month closure, the outpatient clinic at the Dominica China Friendship Hospital (DCFH) finally reopened as part of phase one. Accordingly, a comprehensive set of protocols have been developed for the safe reopening of clinics which took effect on September 20, 2021. Many of the clinics in this first phase of reopening are currently located at spaces normally dedicated to these clinics. These include ophthalmology (new), oncology (including ENT, infectious diseases and dermatology) and cardiology. Clinics will not exceed 10-patients per clinic and all patients must present an Antigen /PCR test on the day of the clinic before they can access the facility. Patients will not be allowed to enter the hospital unless the result of their test is tendered. Doctors are expected to be on time for appointments. Phase 2 will see the reopening of other major clinics within two weeks. These include obstetrics and gynaecology, orthopaedics, general surgery, internal medicine, paediatrics and urology. In like manner, the radiology department will also reopen services by appointment, management announced. Their protocols will follow the general guidelines with limits established for outpatients for general x-rays, CT scans and ultrasounds.

Addressing the Sixth Summit of Heads of State and Government of the Community of Latin American and Caribbean States (CELAC), prime minister Roosevelt Skerrit has called on Latin American and Caribbean leaders to redirect their energies to solving the problems of the region's people. Skerrit, who spoke on behalf of the young people of CELAC, believes that leaders owe them a debt of commitment to formulate policies and programmes to alleviate the current condition of the youth as well as that of the unfortunate in the region. The Prime Minister identified climate change, the Covid-19 pandemic and unemployment among the many challenges which stand in the way of achieving the region's Sustainable Development Goals (SDGs) to reduce poverty levels and access to education for all. "I believe that among us in Latin America and the Caribbean, we can find solutions to these problems because we have the capacity," he declared… "Our forefathers fought for our independence and we now must fight for the independence of our own societies and independence of our own people by empowering them with the tools to survive as independent people."