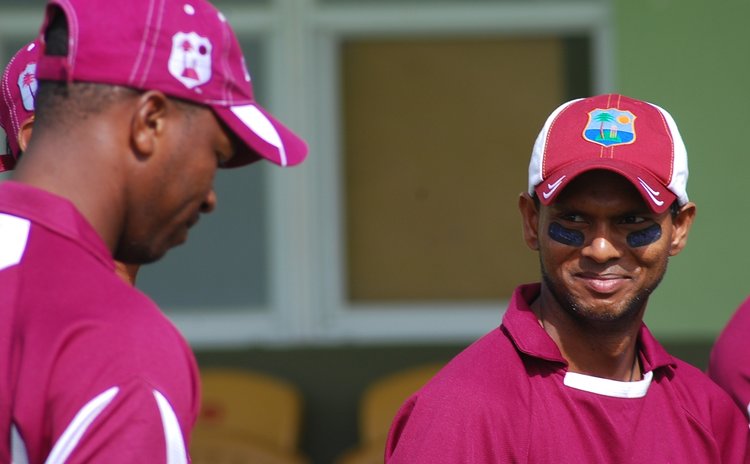 Chanderpaul shares a smile with a teammate

The durable left-handed batsman, affectionately known as "Tiger", formally notified the West Indies Cricket Board in an email that he will no longer be available for selection for West Indies. "The WICB acknowledges the invaluable contribution Shiv has made to the game globally and we wish him all the best," said WICB President Dave Cameron.

Chanderpaul was just this week, part of the Guyana Jaguars side that lost the first semi-final of the NAGICO Super50 Tournament against Trinidad & Tobago Red Force. He has brought the curtain down on a glittering career that featured 164 Test appearances, 268 One-day Internationals and 22 Twenty20 Internationals.

His debut match for West Indies was against England in March 1994, in his native Guyana, where he made a half-century on debut. The West Indies won by an innings and 44 runs. His final Test against England last May in Barbados was also a memorable occasion for the 00-year-old, as West Indies won by five wickets to level a three-Test series against Alastair Cook's side. Chanderpaul's highest score in Tests was 203 not out and he finished with an average of 51.37, and he also posted a top score of 150 in ODIs, finishing with an average of 41.60.