Checko: It has been rough 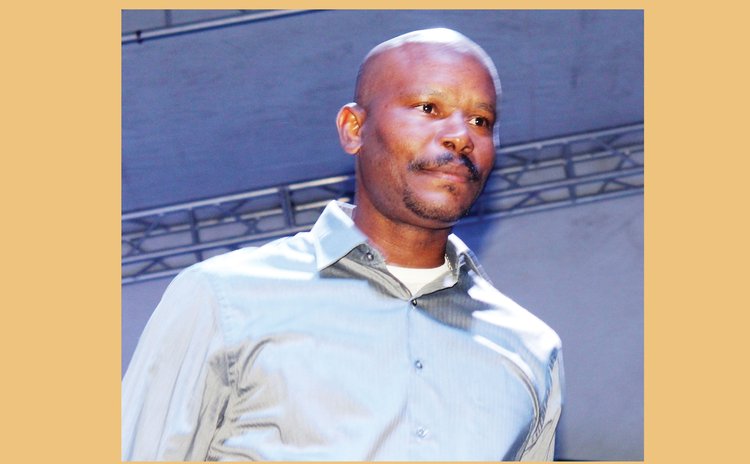 There's no other institution in Dominica that has produced more top calypsonian than the Dominica police force. At the moment, there's Hunter; there's Triumph; there's Sye; and then there's Checko.

Checko's full name Abel Jno Baptiste who has been singing calypso for just about eight years has a debt of over $100,000 to pay from a lawsuit.

"I entered the art form because of my love for it but it has not been easy for me…I have gotten a baptism of fire and I say it has been rough," he said. "But I know my intentions which is as a calypsonian is true…we are the true opposition to the State and government; we take a lot of fire and also get blows but we have to always speak the truth and sing for the people".

He continued: "My love for calypso started with me listening to Karassah and having spoken to him he advised me to enter into the main arena which I did and I went straight into the Finals with my song "Am …Pm' and that year I also won the Stardom King of the Tent."

Now in his eighth year as a calypsonian, Checko said it has been rough.

Asked about his court matter in which he was sued by former Dominica Labour Party (DLP) Public Relations Officer and former Dominica Ambassador to Venezuela, Dr. Philbert Aaron Checko responded: "I don't want to say anything about the matter but it has been a rough time, a rough time."

In a unanimous 2017 decision, judges of the Court of Appeal of the Eastern Caribbean Supreme Court upheld a decision by Justice Errol Thomas and dismissed Checko's appeal in a defamation lawsuit.

The matter goes back to 2011 when Checko wrote and performed a Calypso called "Bug Her" and Aaron sued for defamation in 2013 but Checko failed to file a defense.

Judgment in default was entered and the court awarded general damages in the amount of $75,000 for slander contained in the song published by the defendant during the period December 2011 to the first week in March 2012 in the Calypso tent, on radio, at the Semi-finals and Finals Calypso shows and on the road during carnival.

For aggravated damages, Dr. Aaron was awarded $50,000 and a further $5,000 for exemplary damages on account of the re-mix of the song because of Checko's desire to win the Road March title. The total amount that Checko was ordered to pay was $130,000.

Checko said that despite the issues confronting him he "puts God first" and is not daunted by the challenges. To those who have rallied around him he is thankful.

"I have a few friends in the calypso arena and they will always stand for me and with me even if the whole body (Calypso Association) may not be on my side but there are some of my friends in Calypso who are and putting my case forward and for that I am thankful to them, they are true friends," he said.

This year Checko is back with a bang, as if nothing had happened to him and he will be among 20 calypsonians who will vie for a place in the Calypso Finals.

"God has been my inspiration and I take it from there. "Take out the Tief" was written by Pat Aaron and I am happy with it long I wanted to sing a song of Pat Aaron," he said.

But given his experience would he advise young people to take on the challenge of singing Calypso?

"I want those who think that they have a contribution to make in Calypso to come give it a try. It is a very good opportunity to vent and showcase your talent. If you don't have the testicular fortitude don't come into Calypso. As a police officer singing Calypso for me has been rough. I am a resilient person so I am there, but the challenges come and you have to stand up to it and this makes you or break you," he said.