Chief Elections Officer: We are ready for general election 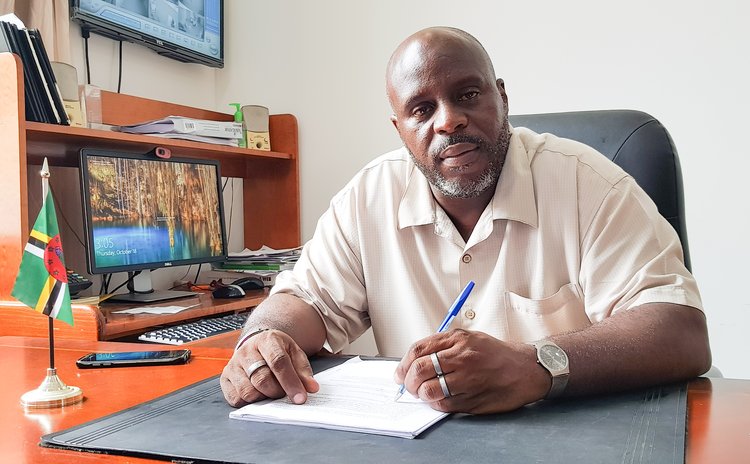 Dominica's Chief Elections Officer, Ian Michael Anthony, says his department is ready whenever the date is announced for a general election constitutionally due in May 2020 but observers expect the date to be called soon.

According to Anthony, at the end of September his department will be publishing the preliminary list and also the list with transfers.

"I can also tell you that quite a bit of transfers are now taking place. We are ready whenever an election is called, we have our system in place and we are doing what we have to do," he said.

He admitted that his department is aware of complains that some people are registering people on empty lots in Roseau.

"We are aware of this but the important thing that must be noted is that there is an investigative aspect to the registration process. So that when you make a claim that you are qualified to be a voter and you must be residing in the place for three months. It is also a criminal offense to give false information with a fine of $1,500.00 and a three months jail team," Anthony said.

He warned people to be "careful" when going to be registered.

"The form is clear…so if you make a false declaration there is a penalty and also for the person who witnesses it since they are saying that qualified to be registered at this address," he said.

On this issue of voter ID cards he said that his department is awaiting the necessary legislative framework which will guide the process forward.

"Without the legislative framework nothing can be done," he said.

Anthony advised political parties to continue to scrutinize the voters list and bring whatever discrepancies to the attention of his department.

"Look at the list, you and your agents and bring to our attention anything which is of concern to you…we want also to remind people to register to vote, those who are eligible, don't wait for last minute," he said.

Meantime, President of the Concerned Citizens Movement (CCM) Loftus Durand said that his organization is awaiting a report from foreign entities including the OAS (Organization of American States) who were invited to Dominica by the government to suggest a forward for electoral reform in Dominica.

"It is after that report that we will decide on the way forward…we are in a state of limbo waiting for the report but we are still in the action mood," Durand said.

He said that while he is aware that the country is in "election mood" and the Prime Minister may announce the election date anytime, his organization has warned the Prime Minister in no uncertain terms that," if he goes ahead and calls the election without the reform that we have been pushing for many years there will be some kind of reaction on the ground from the people of Dominica and the CCM will be calling for that," he said.

"We know that as Prime Minister, he has the constitutional mandate to call the election when he so pleases, however, the different bodies that meet with him requested that he should let good sense prevail and allow the commission to put its house in order, if not the people will take to the streets in protest action demanding electoral reform," Durand said.

"We told the group to use their good offices to have the Prime Minister allow some of the reform, the insurance of voting ID and the cleansing of the voters list is not met the people will be in the streets amass, it is not looking pretty as to where Dominica may end up as a result of the lack of the implementation of electoral reform," Durand said.