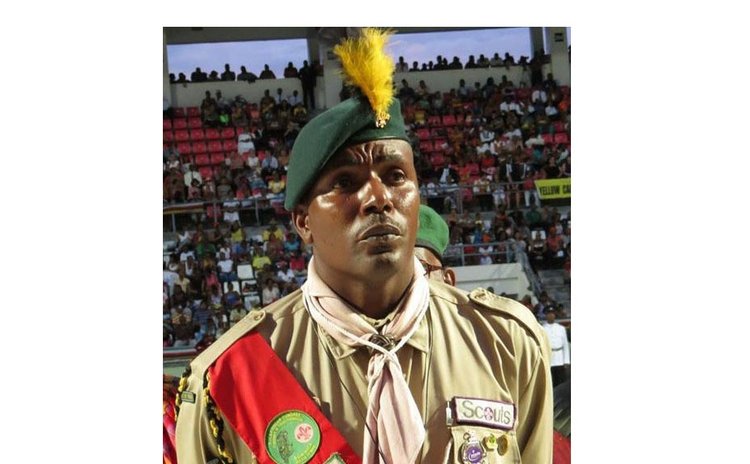 Brother and Sister Dominicans: Founder's Day in the Scouting world falls every 22nd February, the birthday of Lord Robert Baden Powell (22nd February 1857-8th January 1941) the founder of the Scout and Guide movements. 2017 therefore commemorates his 106 birthday and the 110th anniversary of the Scout movement which he founded in 1907. Today that movement girds the planet mustering thirty million uniformed boys and girls and their adult leaders, in 168 countries.

Scouting develops the young person along mental, physical and spiritual lines complementing his formal education, teaching him reliability, instilling in him a sense of honour, a sense of fair play and a sense of patriotism. The Law and Promise that govern the movement, behooves the scout to be "trusty, loyal and helpful; brotherly, courteous, kind; obedient smiling and thrifty; pure in body and mind."

Scouting was brought to our shores by Canon Barret, J. O Aird and others in 1929, and since then, that formula that has been tested in war and peace, has bred leaders in every sector of Dominican society. It has turned out farmers, doctors, teachers, captains of industry, priests, pilots and policemen.

However, as we speak, young men who should be in pursuit of the aforementioned, are languishing in our prison "burning" their time. Young men in our high schools and college indulge in drugs and unacceptable behavior. Young men inhabit our community blocks, drunk and high from alcohol, marijuana and crack cocaine. Young men drop out of school, dazzled by the heavy gold chains and the expensive cars sported by the drug dealers they idolize.

It is therefore with studied seriousness that we in the Dominica Scout Association reflect on the great principles that underpin the Scout Movement on this the one hundred and sixtieth anniversary of Baden-Powell's birth. As we reflect on the Law and Promise that form its guiding light, the chivalrous honour base that reflects its raison d'être and the nobility of its ideal to create a better world, we as Scout Commissioners and Scout leaders, before anyone else must re-commit and re-dedicate ourselves to those uplifting sentiments that make Scouting the force for good that it is in this world.

Baden-Powell died on January 8th 1941 in Nyeri, Kenya. In his last message to us scouts, B-P admonished: "One step toward happiness is to make yourself healthy and strong while you are a boy so that you can be useful and so can enjoy life when you are a man." He went further to say "But the real way to get happiness is by giving out happiness to other people. Try and leave this world a little better than you found it…"

Good huntin' and May God Bless.