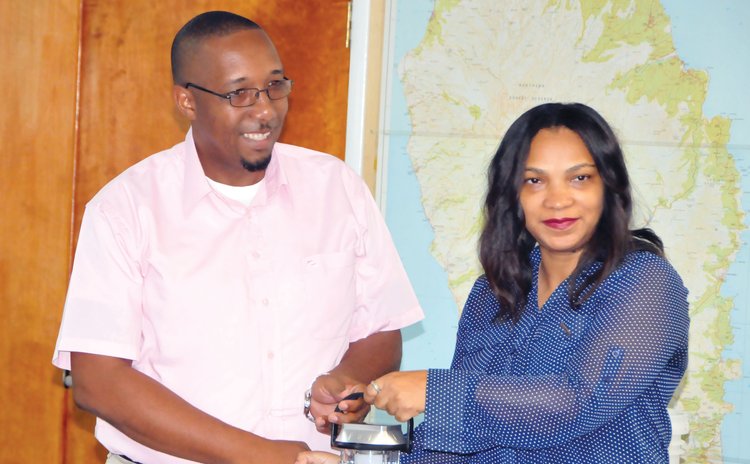 Gelina Fontaine, the officer in charge of Child Fund Caribbean has stressed the importance of relationships as her organization prepares to close its office in Dominica and St. Vincent.

Child Fund's closing ceremony was held at the Arawak House of Culture on May 23.

"Having worked in development for a number of years now I have realized the one thing that you want to keep or take with you is the relationships you formed with people," said Fontaine.

She said that the work of Child Fund has forced the organization to form close relationships within the office and with local partners.

"We don't only have this relationship here with the Dominican community but through our other regional partners; we got to share some of our expertise with other countries in the region," she stated.

Minister of Education and Human Resource Development Petter Saint Jean said that this Phase Out Ceremony serves to remind the public of the unwavering devotion and commitment with which Child Fund Caribbean has served Dominica's children.

"For the past thirty years our children from Penville to Scotts Head, Delices to Dublanc have benefitted from the goodwill of an organization to protect children's well-being by strengthening relationships among communities," St. Jean said.

He noted that over the years Child Fund, charged with the protection of children, has integrated in every institution in Dominica.

He informed his audience that Child Fund assisted in the training of teachers under the establishment of the Roving Caregivers Programme as well provided both human and financial resources for the implementation of the Child Friendly Schools initiative.

"We have also seen the organization play an integral role of developing capacities through the establishment of community-based organizations which work in areas of child advocacy, social work, disaster risk reduction and community development," said Saint Jean.

He added that over the past nine years Child Fund has invested approximately EC$ 34 million in Dominica and St Vincent; 66% of that figure was spent in Dominica.
Meanwhile, Child Fund Caribbean presented awards to 15 partners who have contributed to the organization over the years.

Child Fund will close its doors in August 2016.