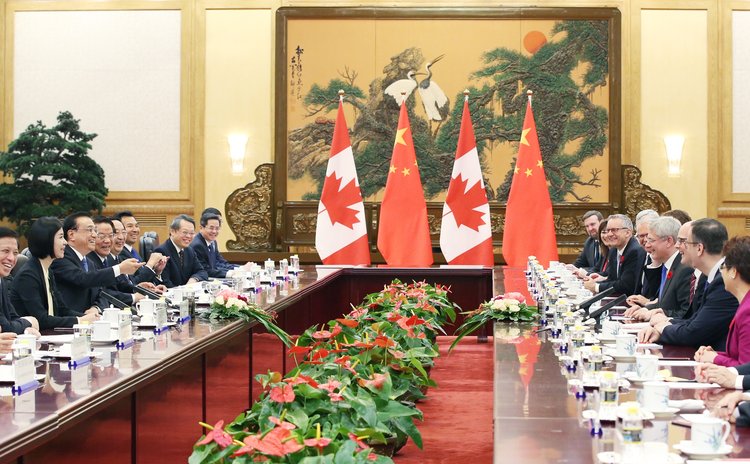 BEIJING, Nov. 8 (Xinhua/Sun) -- Premier Li Keqiang said Saturday that China is willing to promote cooperation with Canada to a larger scale, a higher level and a better structure after holding talks with his Canadian counterpart Stephen Harper here on Saturday.

Li said China and Canada should respect each other and strengthen dialogue, communication and cooperation between the two countries to further facilitate the bilateral strategic partnership.

Li hoped the two countries work together to become the largest trade and investment partner to each other.

He urged the Canadian government to take concrete measures to ease restriction on high-tech product export to China and give a just and fair treatment to Chinese investors.

Harper said his visit to China is fruitful and will boost the bilateral economic and trade cooperation.

Canada is willing to work with China to produce more achievements in their all-round friendly and cooperative relationship, said Harper.